The AWPer is taking a break 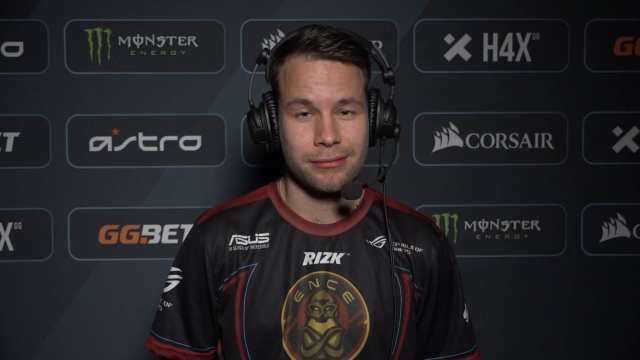 Image via DreamHack Twitch Allu during an interview with DreamHack

Finnish AWPer Aleksi “allu⁠” Jalli has left ENCE due to personal reasons, the organization and allu himself have announced today.

The reason for allu’s leave of absence is unknown, however. He is set to be replaced by 21-year old Polish player Olek “hades” Miskiewicz as a stand-in.

“The hectic nature of our sport takes its toll and as such allu has indicated a need to take a leave of absence for personal reasons,” the organization said in a statement.

“Together with head coach Eetu “sAw” Saha and GM Niklas “Willkey” Ojalainen and the rest of the team we have taken the step to accommodate this and allu will be sidelined from action for the time being.”

A few words regarding our CS:GO playing roster 👇

Aleksi "@alluCSGO" Jalli takes a leave of absence and we hope to see him back soon! pic.twitter.com/t2ZfIqcutA

Allu was an integral member of ENCE following their prominent rise in 2019. Allu finished first at BLAST Pro Series: Madrid 2019 after handing Astralis a swift defeat in the grand final. Toward the latter half of 2018, ENCE won StarSeries & i-League CS:GO Season 6, after defeating Vega Squadron in the final.

The Finnish AWPer has a decorated history in CS:GO, including a relatively successful stint with Ninjas in Pyjamas in 2015. Allu, the only Finnish player on the team at the time, finished second at ESL One: Katowice 2015, but lost to Fnatic in the finals.

21-year old hades finished in joint last place at the IEM Katowice in February, with Wisła Kraków. The team finished alongside Movistar Riders, Team One and Fnatic. But, hades was the stand out performer against the likes of Complexity.

Following a 12 month stint with Wisła Kraków, he left the organization last month. This makes room for hades’ next role, as a stand-in for allu with ENCE.

“The period spent in the colors of Wisła Kraków and playing for such great fans was something amazing. Recently, however, I felt a kind of burnout, and the game was not as fun for me as before,” hades said in a statement on April 20.

George Geddes
George is the lead reporter for Upcomer from the United Kingdom.