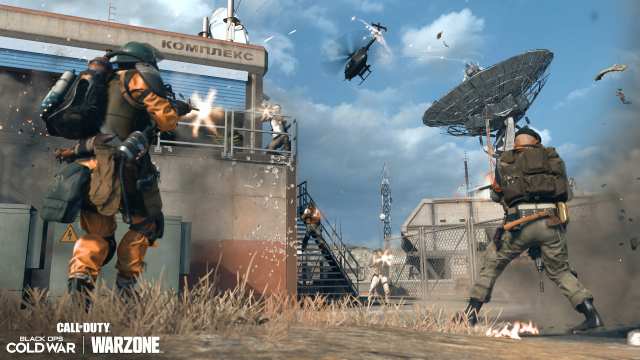 Provided by Activision Standoff is finally coming to Black Ops Cold War as a map.

On May 18, Treyarch revealed the full slate of content coming with the Call of Duty: Black Ops Cold War Season 3 Reloaded update. This update is headlined by the arrival of Standoff Rambo and John McClane skins and, of course, another round of weapon balancing.

This time around, the weapon balancing is a whole new monster. Treyarch is starting to crack down on multiplayer’s biggest issues, including the overpowered nature of sniper rifles. The Season 3 Reloaded update is set to shake up the weapon class significantly, much to the delight of any non-sniping fan.

In addition, the developers are touching on every assault rifle, light machine gun and pistol in the process.

To start off, Treyarch is finally adding flinch to snipers to make them less powerful. This becomes more magnified when aiming down sights, but now snipers will kick up when being shot. There are also individual changes for each of the snipers in multiplayer — in regard to ADS momentum, bullet velocity and a plethora of attachments. Players can read about each individual change on Treyarch’s website; the highlights of which are listed below.

In regard to assault rifles, there’s a class-wide buff to bullet velocity, with one exception. Every AR, apart from the FFAR, now features a much better bullet velocity to compete with SMGs at longer ranges.

A buff to pistols in Season 3 Reloaded

Finally, pistols are receiving a bullet velocity buff as well. However, it isn’t as extreme as the buffs to the ARs or LMGs.