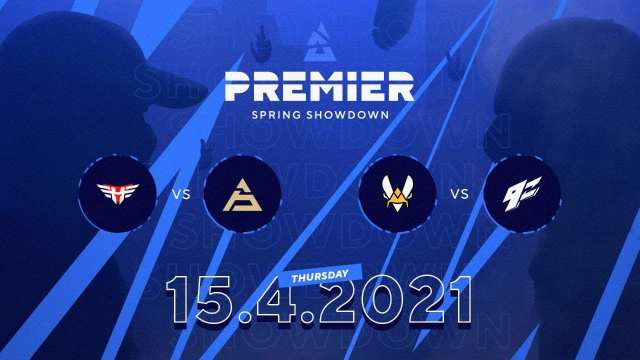 Image via BlastPremier/YouTube The BLAST Premier: Spring Showdown continues to showcase the strength of Heroic compared to the rest of the field.

On Day 3 of BLAST Premier: Spring Showdown, Heroic dominated against SAW, and 9z eliminated Vitality. On April 16, OG will play G2, and Dignitas will take on Spirit.

Going into their match against SAW, Heroic was on a 10-series win streak following their undefeated win at ESL Pro League. To no surprise, Heroic swept SAW 2-0 in this matchup. On Map 1, Vertigo, Heroic’s René “TeSeS” Madsen led the charge on a solid counter-terrorist side from Heroic. SAW player Tiago “JUST” Moura tried to keep his team in it, but Heroic kept pushing. The half ended 11-4, and Heroic had no problem winning the last five rounds to close out the map 16-4.

On Map 2, Train, Heroic started off strong with JUST keeping his team in the game with 14 kills in eight rounds and a clutch to bail his team out. However, Train is a playground for AWPers, and Casper “cadiaN” Møller proved that with 20 kills on the board and closed the map out 16-6. Heroic won the series 2-0 and eliminated SAW from Blast Premier Showdown.

9z may be an unknown team, but they qualified for BLAST Premier: Spring Showdown through FiReLEAGUE Latin Power Spring 2021. While 9z are an up-and-coming team, they got matched up against Vitality first round and proved themselves against a squad in transition.

With Vitality releasing longtime member Cédric “RpK” Guipouy in favor of Jayson “Kyojin” Nguyen Van, the French squad was determined to send him out properly. But that didn’t exactly work out. All players on the squad had a great first map, especially Richard “shox” Papillon, who had 17 kills and 3 deaths in the first half of Nuke. However, Santino “try” Rigal of 9z put up a dominant second map with 26 kills to win his team the second map 16-12. 9z kept pushing forward and had a 12-3 on map three, Inferno. Surprisingly, 9z closed out map three 16-12 and won against the dominant Team Vitality 2-1.

For April 16, there are a few things to watch out for. Also, if you missed a day of matches, you can see recaps for Day 1 or Day 2 of the event.

Zain Merchant
Zain Merchant is an Esports writer who has previously worked with Team Dignitas. He loves FPS games such as Valorant, Counter-Strike and Valorant.