BlizzCon 2019 tickets: Here's what you need to know - Upcomer

BlizzCon 2019 tickets: Here’s what you need to know 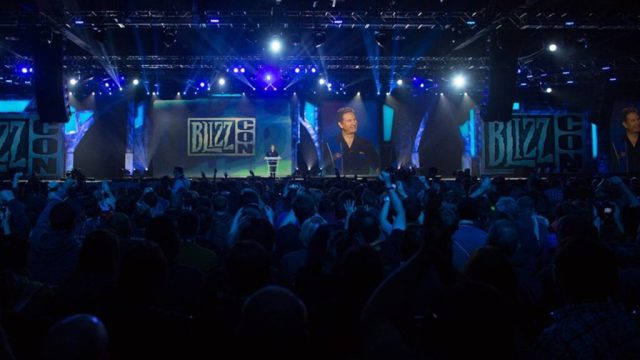 Blizzard Entertainment has just officially announced BlizzCon 2019 and revealed detailed information about its tickets, including cost and when to buy them.

This year, tickets to the event on Nov. 1 and 2 at the Anaheim Convention Center are scheduled to go on sale in two waves: The first begins May 4 at 10 a.m. PDT, and the second begins May 8 at 7 p.m. PDT via AXS. There will also be a wider range of options, as well as new activities for Blizzard fans.

There are three types of passes to BlizzCon 2019. The first is the BlizzCon Pass, which gives fans full general admission access, including access to the BlizzCon Pregame Festivities. Attendees with this pass will also get to-be-announced in-game items and this year’s BlizzCon collectible. This ticket costs $229.

Next up is the BlizzCon Portal Pass, which is new to this year. This ticket lets attendees visit the Darkmoon Faire area for a “Night at the Faire” event, get preferred parking, as well as access to separate security lines. This ticket costs $550.

Lastly, there is a ticket that includes BlizzCon Benefit Dinner. The dinner’s returning this year to give fans the opportunity to meet members of the Blizzard team such as developers and artists during a charity dinner. This particular ticket has the perks detailed in the other two passes. The proceeds from this pass will be going to CHOC Children’s. The ticket costs $750.

As for this year’s commemorative collectible, fans get to choose between two statues — an Orc Grunt or a Human Footman. It should be noted that attendees need to make their decision during the ticket purchasing process. For those who want both of the statues, Blizzard’s Gear Store will be making them purchasable on May 4.

For fans who enjoy contests and want to highlight their skills in cosplay, film, and art, Community Night is scheduled to encompass multiple contests. The categories for this year’s costume contest include artisan crafting, large-scale fabrication, weapons & armor, group construction, and outstanding creation.

In addition, fans who are traveling far to attend BlizzCon 2019 can get discounted rates at the hotels near the Anaheim Convention Center.