Is Seattle the real deal? 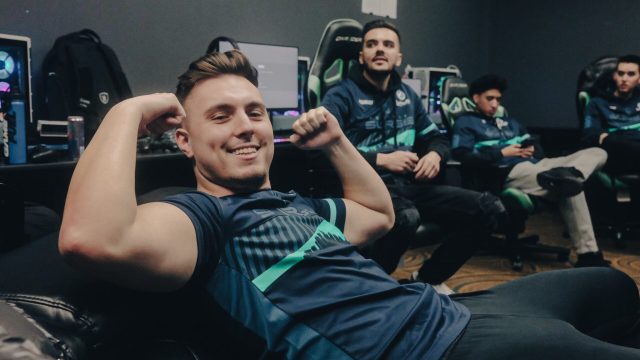 Provided by Seattle Surge Seattle's got tickets to the gun show and wow are those MP40's handy.

We’re two weeks into the Call of Duty League season and our Major I qualifier power rankings have already shifted dramatically. Seattle is still on top after a commanding win of the Toronto Ultra. Everyone else – including Toronto, Atlanta and London – are close behind.

Both online play and Call of Duty: Vanguard may be flawed at a deep level, but Call of Duty players know they have to fight through lag, technical issues and whatever else comes their way. There is one weekend of Call of Duty left to play ahead of the first major in Arlington, Texas.

You can watch all the Call of Duty action this weekend on the official CDL YouTube Channel.

Seattle Surge have proven that the Kickoff Classic run wasn’t just some fluke for the new year. It is clear now that Seattle are undefeated and that their revamped roaster is the real deal. So far Seattle have beaten Toronto Ultra, the New York Subliners and the Minnesota Røkkr. With how the team has been playing, they are expected to continue their win streak when they face the London Royal Ravens and Florida Mutineers. At the moment, Seattle Surge and the Toronto Ultra appear to be the only teams that can rival previous champs in Atlanta FaZe.

Toronto came out as everyone expected, with shutouts of both Florida and Los Angeles, but the European squad fell off the preseason throne as Seattle came out in a slim 3-2 victory. The Ultra came away with the best map win, though. While Cameron “Cammy” McKilligan felt unwell, substitute Charlie “Hicksy” Hicks finished off the Mutineers with a clean two piece.

The Kickoff Classic is well behind Atlanta FaZe as they continue to dominate their league matches. While they’re not as dominant as in years past, they’re still not letting teams put up much of a fight. This was evident in their match against the Boston Breach, with Atlanta not letting Boston get comfortable on any of the maps. They sit atop the CDL standings with a 3-0 record and a 9-4 map count; the same as Seattle Surge in both respects. With Vanguard, anything can happen in a given match. But the way FaZe have been playing, it makes me think we’ll see them back in the grand finals come Major I.

London has been one of the pleasant surprises of the 2022 season thus far. They currently sit in third of the standings with a 3-1 record. They faltered this past weekend against the LA Guerrillas but looked terrific prior to that match. They’ve taken down OpTic Texas and the Minnesota Røkkr in back-to-back weeks, not showing many weaknesses aside from some sub-par Control gameplay. They will need to shore up this game mode if they want a chance of making a run at the Stage 1 Major.

Boston has made an impressive Call of Duty League debut with two victories over the Legion and Guerrillas. The Anthony “Methodz” Zinni-led squad kept it somewhat close against Atlanta. The Control could have gone the other way but Atlanta dominated both Hardpoint maps. Rookie Kenyen “Capsidal” Sutton said the team needed work on Search and Destroy. Boston won 6-2 on Berlin, showing some improvement there.

The LA Thieves were unable to overcome the Atlanta FaZe but had solid performances against both the New York Subliners and the Flordia Mutineers. All four members of the Thieves appear to be clicking in all the right ways. However, the team’s main leader Kenny “Kenny” Williams is still having inconsistent performances, leading the team to slip as they had against Florida. If Kenny can keep up his star-studded performances, LA should have no problem getting to the top.

LAG fall right in the middle of most teams with both good and bad performances. They were able to pull a win out against the London Royal Ravens but still fell short to both Boston Breach and Toronto Ultra. The team has talent, which should easily put them in the top four, but they don’t seem to be on the same page, as some other teams do. They have a current record of 2-2 but the team’s final match will be against Minnesota to determine seeding. If all goes well, LAG could finish above OpTic Texas and LA Thieves.

Welcome to the OpTic Major. #BrickByBrick

Anthony “Shotzzy” Cuevas-Castro recently called OpTic Texas the best team in Vanguard but that has yet to show up in matches. OpTic suffered two heartbreaking defeats at the hands of Minnesota and London. While they did sweep through the Paris Legion like it was nothing, that doesn’t say much in terms of how they stack up to the top teams in the CDL. OpTic has two matches left against Toronto and Boston before the major. They will need to play near-perfectly in the matches if they want to regain some confidence and retain a winners bracket seed.

Once again the Røkkr are split between being a great team and one that hugs the bottom. They showed promise throughout last year and were able to win a major, but they had little to no success outside of that. Minnesota are a team that is going to perform on LAN rather than online and the current 1-2 standing shows that. The Røkkr came close to dethroning Seattle in a Game 5 Round 11 but fell short. With as much chemistry as they have, the Røkkr should be preforming better as a unit than recently formed teams.

Despite making some noise at the Kickoff Classic, Florida once again looks like a bottom four team in the CDL. Their last match took place against a Cammy-less Toronto Ultra, as substitute Charlie “Hicksy” Hicks had to fill in at the last second. This doesn’t seem to matter, though, as Florida couldn’t take a single map. The Mutineers even out-slayed the Ultra by 16 kills in the first Hardpoint, but they couldn’t squeeze out a victory thanks to a tremendous kill by Hicksy. While Florida kept things close against Toronto and against teams in their other matches, this has yet to translate to wins.

No Hardpoint wins. A roster change before the first major. New York is not looking good on our Major I qualifier power rankings. The Subliners have all the right pieces with superstars like James “Clayster” Eubanks and Ian “C6” Porter leading two rookies. This team needs to show major improvement with Matthew “Royalty” Faithfull, but who knows if he’ll even make it to Arlington for the first major.

Paris has been on a downward trend in the opening weeks of the 2022 season. The Legion took Atlanta to a Map 5 in the first week of qualifiers only to get stomped 6-1 in Search and Destroy on Berlin. The story has only gotten worse since then, with losses to Boston and Florida. The only map win the Legion got against Florida came in a Round 11 Search and Destroy.