A tussle in Texas on the horizon 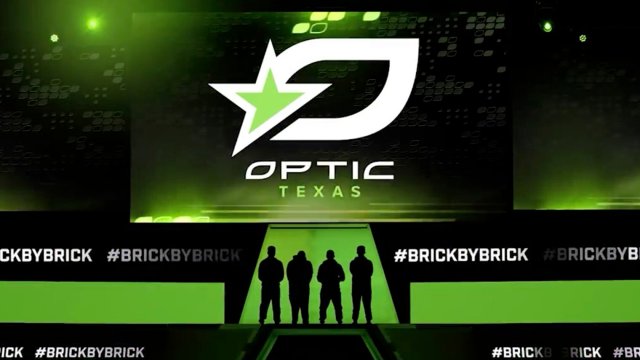 Provided by OpTic Texas The Major takes place at the Esports Arena in Arlington, Texas.

The first legitimate LAN tournament of the 2022 Call of Duty League season is here, and you know that means it’s time for CDL power rankings. The Call of Duty landscape has changed drastically in the final week of online qualifiers, but all bets are off when everyone meets in Arlington.

Seattle and Toronto have fallen while OpTic and London are on the rise. Everyone’s got Atlanta pegged to take the trophy home, but Los Angeles and the Royal Ravens might have something to say about those predictions.

Paris hasn’t looked good at all in 2022, but a fresh face could help shape this army into fighting shape. Thomas “GRVTY” Malin, who previously played for Atlanta as a substitute, is coming in hot for Major I.

The Subliners finally came out with a victory in Week 3 of online qualifiers. A 3-2 finish over Boston that came during a close game of Search and Destroy on Bocage isn’t enough to prove this team is improving after bringing in Matt “Royalty” Faithfull for Travis “Neptune” McCloud.

We did it! We won a map of Gavutu!!!! pic.twitter.com/5MoAjN2SNd

Despite some bright moments for Florida in Stage 1, they remain a loser’s bracket team and don’t look promising heading into Major I. The roster began to come on strong at the end of the stage but can’t seem to piece everything together consistently. The play of rookie David “Davpadie” Maslowski still leaves something to be desired. Of course, the rest of the roster isn’t playing much better, possibly proving the role switch for Joe “Owakening” Conley and Cesar “Skyz” Bueno wasn’t the best move.

The Mutineers will need a miraculous run at Major I to even make it to Saturday or Sunday but they have the talent to string some wins together.

Minnesota hasn’t looked like the team that pulled off the biggest sweep in Call of Duty history with the Minnesota Miracle last year. This squad has played some tough matches with losses to top teams in Seattle, London and Atlanta, but those types of matches need to be winnable if this team hopes to compete in Arlington.

Boston isn’t looking hot heading into Major I. The team’s two victories came against the Guerrillas and Legion. Their losses came from OpTic, Atlanta and New York. We don’t see the Breach breaking down any walls in Texas this weekend but they could place well.

This Los Angeles team has been a prime example of inconsistency. The squad went from losing to Toronto and Boston to beating on the top teams in the game with a 3-1 victory over London. Nothing about this squad says they can put together a run, but they also may stumble along the way.

The Ultra have been on a downward trajectory since losing 0-3 to the OpTic Texas. The Europeans have looked absolutely terrible in their matchups against other top teams since the Kick Off Classic. Something is up with this team, and hopefully Jamie “Insight” Craven and crew are able to figure it out before Major I.

There’s nothing to be ashamed about in a tough loss against London since that team is playing as good as anyone can play. A shutout loss against Florida, however, is concerning. Seattle began the year with a statement run at the Kick Off Classic and multiple wins in the opening weeks of online qualifiers. Hopefully they can readjust course for a strong finish at Major I.

After one of the slowest starts to the year, OpTic Texas turned things around in the latter half of Stage 1. They now look like a real contender to take home the Major I victory in their own backyard.

They’ll have the bulk of crowd support on their side, as they always do, but the largest question facing OpTic is can they finally grab some momentum in the CDL? This will require some long-awaited consistency from the team. Perhaps their streak to end Stage 1 and the crowd support will be enough for Texas to prove the doubters wrong.

Wins over Paris, New York, Florida and a declining Toronto team don’t have us convinced this team is ready for greatness at Major I. Dylan “Envoy” Hannon and company’s one loss came from Atlanta and it wasn’t close. This team has massively improved since 2021, but they will need something extra special if they want a top three finish in Arlington.

No one is sleeping on EU anymore 😲

Arguably the biggest surprise of the season so far has been the success of the London Royal Ravens. The worst team in the CDL from last season has turned in a terrific, 4-1 first stage. Rookie Joey “Gismo” Owen looks like the rookie of the year at this point and he has helped London become one of the toughest teams to take down. That being said, their recent loss to the LA Guerrillas could have provided a blueprint for other teams to try and stop their hot streak.

Atlanta FaZe enter Major I as the most likely to win the event. While they’ve had some vulnerable moments throughout the first stage of the season, they still look like the most dominant team in the game. This is even with reigning MVP Chris “Simp” Lehr starting off relatively slow, at least by his standards. If Simp starts to come into his past form, the rest of the CDL should be incredibly fearful of what Atlanta could do this season.

Joey Carr and Aron Garst contributed to this article.