More maps could be on the way in MW2 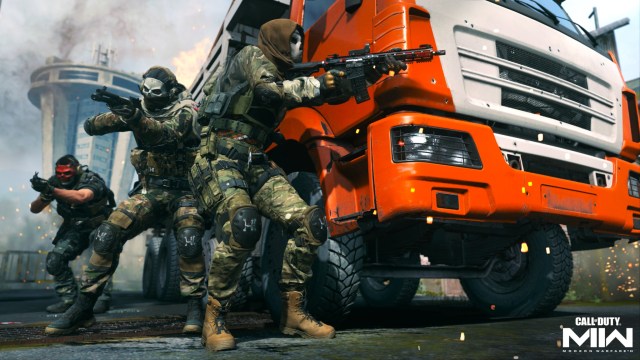 With just over three weeks until the launch of Call of Duty: Modern Warfare 2, news and leaks have gone fairly silent.

Infinity Ward and Activision are prepping for launch while the community is waiting for any leaked information to release. Usually, leaks don’t start coming in full force until retail copies of the game are somehow acquired by members of the public. However, we did receive one new leak regarding the future of Modern Warfare 2. According to one reputable leaker, a future map pack containing all-time great maps will be arriving in MW2.

This seems to be an entirely different leak from the one claiming every original MW2 (2009) map will come to the game in 2023. The leaker behind both of those reports, TheGhostOfHope, is claiming that two separate map packs will be released. One will feature most or all original MW2 maps while this other map pack will contain fan-favorite maps from across the COD series. This includes maps developed by Treyarch and Sledgehammer as well as Infinity Ward themselves.

To celebrate 20 years of Call Of Duty, a PAID "greatest hits map pack" is in development. On top of MW2 (2009) maps, these would also include other classic maps from Infinity Ward, Treyarch & Sledgehammer's catalogue. Meant to be released for MWII Year 2. https://t.co/Prtn1kAIqn

It’s not common practice for a developer to remake a map that they didn’t originally make. For example, in Treyarch games, the developers only remaster maps that have appeared in their previous games. Black Ops 4 saw Firing Range, Summit, Jungle, and Slums arrive in the game at launch, all of which were from previous Black Ops titles.

TheGhostOfHope is claiming that Infinity Ward will ditch this trend for year two of Modern Warfare 2. However, this map pack will differ from others in that it will be paid, and not free like most other DLC from recent years. It’s unclear exactly what maps would be included in this “all-time greats” pack. TheGhostOfHope is claiming that we would see this map pack sometime in 2023-2024, which is roughly the same time they predicted the classic MW2 map pack to release.

As of right now, this leak and any other leak for the distant future of MW2 should be taken with a large grain of salt. Plans can change on a dime in Call of Duty, so fans should temper their expectations for any future content. However, adding fan-favorite maps from older COD titles would certainly be a way to freshen up MW2 in the second year of its life cycle.