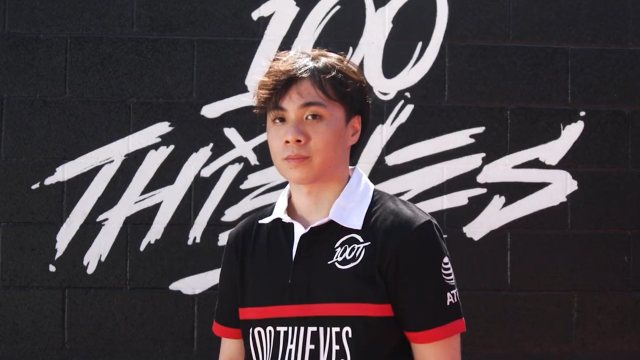 Formerly of XSET, American duelist Matthew “Cryocells” Panganiban has officially joined 100 Thieves for the VALORANT Champions Tour 2023 season. This move was reported by George Geddes for Dot Esports earlier this week. As stated, this move comes as one of the first major free agent signings of the 2022-23 off-season. With the XSET brand unable to get into franchising in the 2023 season, all of their players have the opportunity to join other squads. Cryocells was one of the best players regionally in 2022 and 2023, so he remains in the top tier of VALORANT by joining 100 Thieves.

This is going to be fun.@Cryocells_ officially joins @100thieves. pic.twitter.com/hPgyIzeevk

After making the ranks through NA VALORANT, Cryocells made his mark after joining XSET in late 2021. Before Cryocells joined XSET, they were a formidable team but couldn’t reach the same highs as other teams at the time, like Sentinels or Team Envy (now OpTic Gaming). When Cryocells joined, the team got better and adapted quickly to their new duelist. Despite taking some time to break out of the fourth-place label they got, the team was consistently good. So, when the team finally reached an international LAN, it was a big step. That qualification to the VCT 2022 Stage 2 Masters in Copenhagen secured them a spot at Champions 2022.

Despite falling out in two matches at Copenhagen, their performance at Champions proved their talent internationally. Finishing 5th-6th above teams like Paper Rex, 100 Thieves and Team Liquid was no small feat for this NA roster. Cryocells was the focus of the team ever since he joined, with his explosive play and consistently great performances. So, when the franchising news came to light and the top two teams from NA didn’t make the cut, that left 100 Thieves as the only NA roster from Champions 2022 who will start in VCT 2023. Now, Cryocells joins the roster to build on what was an already successful retool from 100 Thieves’ 2022 season.

With this move, 100 Thieves have made a coinciding roster move; Canadian player William “Will” Cheng is now benched. This gives Cryocells the role that Will played originally for the team — the duelist that can carry maps or series for the team. While Will did improve throughout the season, especially at Champions, Cryocells’ talent is undeniable and 100 Thieves are going to fit him in their roster.

Unfortunately, @100Thieves has informed me that I will be released and can explore my options as an unrestricted F/A. Most experienced on duelists/flex and working on controller and sentinel, and relocation is possible.

Considering how many moves can happen with all the top NA talent that are currently free agents, this is the beginning. Cryocells joining 100 Thieves is the start of what might be the craziest off-season in VALORANT history.