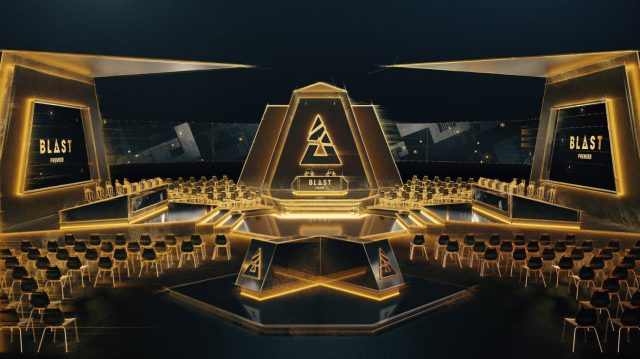 Ever since the NEOM project in Saudi Arabia has pushed to become a force in esports, every attempt at a partnership has been met with anger across the esports communities. The newest partnership to come under fire is BLAST, who announced on July 28 their own partnership with NEOM. As a result, several Counter-Strike: Global Offensive players have denounced this coupling. Many are ready to go on strike against any BLAST events.

Today we announce a global partnership with @NEOM, an ambitious project that includes building a major esports ecosystem in the heart of what will be the new future of living!

We talk about the future of esports, so let's get to it. #BLASTPremier #DiscoverNEOM pic.twitter.com/rjJdMxer9w

The CS:GO community has been in an uproar since this announcement. Since BLAST appears to be ignoring them, players have opted to take this one step further. Many have called to go on strike against anything BLAST operates. This includes BLAST-sponsored broadcasts, events, and a general overall refusal to help them make a single dime.

JustHarry, Hugo, Frankie, and Vince Hill are a few of the big names who have joined in on the strike.

“Been off Twitter for a good while,” JustHarry tweeted. “Blast x NEOM is a disgrace to the Blast brand, an organisation [sic] I know is filled with wonderful, talented & loving individuals. The idea that this could be ‘silenced’ through ignoring it is not a standard or precedent that should be set either.”

“If you don’t support human rights then I can’t support you,” Hugo added in support of JustHarry. “BLAST partnering with NEOM does not align with what they claim to stand for. I stand by Harry, my colleagues and every person who has been persecuted by archaic Governments for being themselves.”

“Let’s be real, I was unlikely to work with blast again, my first and last event with them was back in 2017 at their first event, in Copenhagen,” Vince Hill chimed in. “However, my principles are more important than a possible paycheck. I won’t be working with them going forward unless the NEOM deal ends.”

BLAST partnering with NEOM does not align with what they claim to stand for.

I stand by Harry, my colleagues and every person who has been persecuted by archaic Governments for being themselves. https://t.co/D50AosBYVz

The BLAST x NEOM deal is an opportunity to educate ourselves so that we no longer work with people who would kill our friends.https://t.co/OY5lnFtcVK

BLAST has not commented since these players announced their strike, but perhaps it will take a hit where it hurts, AKA the pocketbook, before they’ll make a decision regarding their partnership with NEOM.