Dead Silence has been heavily nerfed in Modern Warfare 2

Dead Silence has been heavily nerfed in Modern Warfare 2

Dead Silence is not dead silent 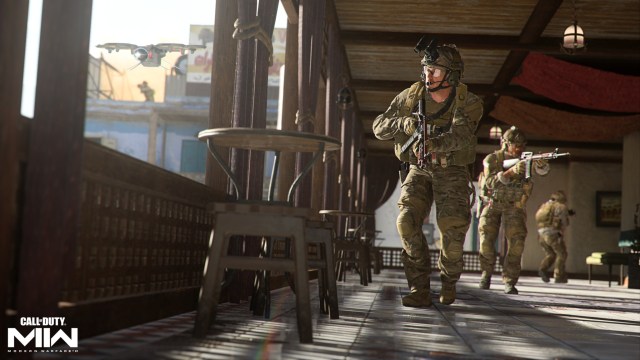 One of the most controversial aspects thus far in Call of Duty: Modern Warfare 2 multiplayer is around Dead Silence. Many players feel that Dead Silence should be its own perk in multiplayer. Currently, Dead Silence is only a Field Upgrade, which is a specific design choice by Infinity Ward in order to give consequences to rushing players.

As veterans of Call of Duty will know, Dead Silence is supposed to make a player’s footsteps silent, allowing them to flank around enemies without being detected. In the past, the only time Dead Silence has not been a perk is in Modern Warfare 2019, Infinity Ward’s previous title. It was a controversial decision back then, and it remains one today in MW2. However, to make matters worse in MW2, footsteps are much louder than they’ve ever been, which has made players want Dead Silence to be a perk even more than before. Also, it seems the developers have nerfed Dead Silence quite significantly since MW2019.

In MW2019, players could activate the Dead Silence Field Upgrade immediately by pressing L1+R1/LB+RB. Doing so made players’ footsteps almost dead quiet and even gave them a slight speed boost for the time it was active. To compare to MW2, none of those features returned. In fact, they’ve been made worse in every way.

When players want to activate Dead Silence in Modern Warfare 2, they have to go through a two-second animation of bringing out a radio in one hand. While this is slightly annoying as is, it turns out that when players do this, they make a loud microwave-like noise that can be heard by enemies. This is showcased in the clip below.

Not only did they add an animation while activating Dead Silence, but there’s a loud sound cue on the enemies end too.. pic.twitter.com/XWG11zkSmc

Last tweet about Dead Silence but here’s what the enemy can hear when you’re running around while it’s activated.

Footsteps aren’t 100% silent, you’re louder running through grass and you have a slight “glow” around you that pulses. pic.twitter.com/WqhRhy3FER

Finally, the speed boost of Dead Silence that was present in MW2019 has been all but removed in MW2. Players do move slightly faster with Dead Silence active than they normally would in MW2, but it’s a huge reduction from how it was in MW2019.

Essentially, Infinity Ward made every aspect of Dead Silence worse in some capacity in MW2. It’s unclear if all of this was intentional, as we have only experienced a beta test at this point. Regardless, players are imploring the developers to at least make MW2’s Dead Silence the same as it was in MW2019. If it’s not, then rushers are essentially given no effective way of rushing.