Despite losing five straight games, G2 move on at MSI 2022

Despite losing five straight games, G2 move on at MSI 2022

Despite a close call, the LEC representatives held on 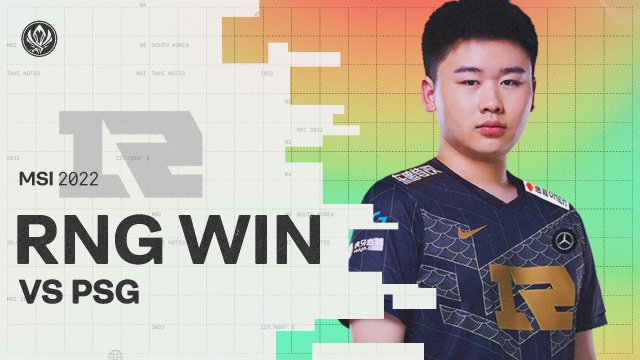 Provided by @lolesports G2 were sweating after their fifth straight loss but were bailed out by RNG and EG.

G2 Esports came into the final day of the 2022 Mid-Season Invitational rumble stage on a horrendous losing streak. After a previously 24-game win streak, the team lost four straight at — and things only got worse for G2 at the start of the day.

Somehow, G2 gave the already eliminated Saigon Buffalos their second win at during the stage. However, thanks to PSG Talon going 0-2 on the day against Evil Geniuses and Royal Never Give Up, G2 managed to clinch their spot in the MSI 2022 knockout stage without needing to win a single game in the second half of the double round-robin.

G2 were saved by their impressive start to the rumble stage. Four wins were good enough to get into the knockout stage and they secured all four in their first four contests. The reason why four wins were good enough was due to PSG failing to reach that mark. Despite two wins against G2 themselves, PSG only managed to secure one more win, giving them a record of 3-7 in the 10-game stage.

Their loss to RNG was the nail in the coffin. Ironically, though, a win in that game would have potentially put PSG and G2 in a tie for the fourth and final spot. In that case, PSG would have automatically moved on due to having a better head-to-head record.

But at the end of the day, there were no what-ifs. That is because, in G2’s final match of the rumble stage, they matched up with EG in a game that virtually meant nothing but pride. Both teams had already clinched their spots in the knockout stage.

Yet in a battle of losing streaks, when G2’s five-game lose streak overall matched up against EG’s five-game loss streak against G2, G2 managed to snap theirs by decisively defeating EG. Despite a crazy draft that saw G2’s mid-laner Rasmus “caPs” Winther flex into the top lane, the end result remained the same. EG fought hard, but at the end of the day, G2 won the game in 35 minutes. Both EG and G2 ended the rumble stage with 5-5 records.

The loss didn’t mean much for EG, who have had a good run so far at MSI 2022 outside playing G2 Esports. The young team with low expectations managed to qualify for the knockout stage and also never lost to a wild card region team. They even managed to defeat tournament favorites, T1.

As for G2, the win helped the team by snapping them out of a horrendous funk — but it’s impossible to know which G2 will show up to the knockout stage.