DreamHack Melbourne takes gaming to new heights down under - Upcomer

DreamHack Melbourne takes gaming to new heights down under 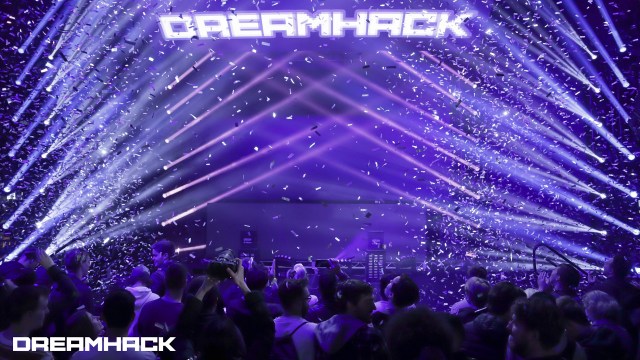 DreamHack is one of the biggest global esports and gaming events in the world. Having started as the world’s biggest LAN party, DreamHack has evolved into a global gaming event.

Yes, there’s still the LAN component but it’s since become so much more. There’s also professional and amateur esports competitions, casual gaming, cosplay, giveaways, and now even educational panels. For the first time, Aussies had the chance to experience the magic of this global event. DreamHack Melbourne has been running this weekend in Melbourne, Australia. As usual, the Australia crowds delivered.

DreamHack down under celebrates gamers all over the world

Countries all around the world have played host to DreamHack. The event series brings together the best of esports and gaming in the world. During the year, between major events, DreamHack runs smaller, community focused competitions. The FGC finals, for example, were held at DreamHack Dallas this year. The next big event will be in Rotterdam, Netherlands in October.

The decision to come to the Land Down Under got Aussies hyped. The team at ESL Australia banded together to bring incredible talent, and a suite of great things for attendees to sink their teeth into. After the success of the DreamHack opening video in Sweden, ESL Australia put together something special for fans.

A video showcasing Australia, and in particular Melbourne, has played at the opening ceremony. This helped to set the scene and get gamers hyped for the three days. If anyone knows anything about the Australian crowds, they are always super into their sports.

The @ESLAustralia team did an incredible job on the @DreamHack video.

Cute Aussie animals 🐨 🦘 and lots of Melbourne icons. So good to be here with you all to celebrate esports and gaming.#DreamHackMelbourne #DreamHack pic.twitter.com/LdOb10aBgu

A few years ago, in the before times (pre-COVID) I attended IEM Sydney. It was here that I got my first taste of the intense Aussie crowds. I remember speaking to some of the pro players and they always commented on how awesome the Australian audience is. The players said that while the crowds in Australia are a small fraction of the size of the ones experienced overseas, fans make up for it with their enthusiasm.

The crowds are always lively, hyped, and — at times — insane. People cheering on their favorite players, talking about vegemite, doing shoeys, and even proposing to their player twos. DreamHack Melbourne is no different.

The small yet vibrant crowd was excited to cheer on their heroes.

It’s not all about the pros at DreamHack Melbourne

One of the things I really enjoy about DreamHack is the diversity of things you can do at the event. If you aren’t crazy into esports, you can watch your friends battle it out in casual games, chat to the likes of Intel, MSI, and Scorptec, grab some freebies, or listen into some panels about gaming.

One attendee even told me how “awesome DreamHack is” and how he was “planning on going to DreamHack again next year.” Sadly, I had to inform him that DreamHack is a global event and was unlikely to come back to Melbourne anytime soon. He happily told me that DreamHack was “so good” that he’d travel just to experience it again.

Chatting to people in the crowd, it seemed many attendees were just happy to be back to in person events. One content creator told me he was “happy to just see people’s smiling faces again.” Fans commented on the excitement and atmosphere, while others enjoyed being able to score lots of freebies.

What’s next for DreamHack Melbourne?

Well don’t go anywhere because DreamHack Melbourne isn’t over. We have the LCO finals this afternoon and we’ll be bringing you all the results. If you’re already planning for the next DreamHack, check out the website and grab your tickets for the Netherlands.