Gaming industry personnel get three days on site, while fans get two 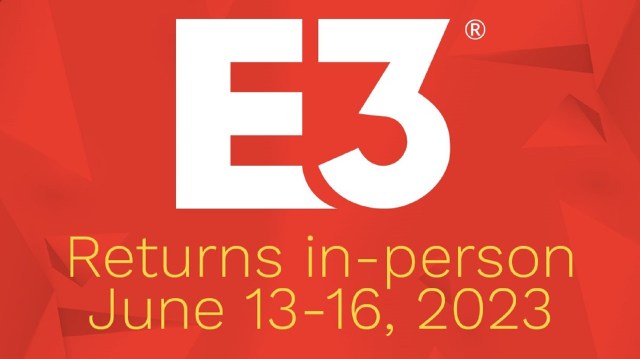 Provided by @E3 via Twitter This will be the first in-person E3 since 2019.

ReedPop has set the schedule for the next Electronic Entertainment Expo, according to a press release from the production company. Unlike previous iterations of the event, E3 2023 will feature Business Days and Gamer Days. In addition, those two audiences will have their own dedicated event spaces.

In July, ReedPop revealed that E3 2023 would take place at the Los Angeles Convention Center in California during the second week of June. On Monday, the production company clarified that the offline portion of the event would occur from Tuesday, June 13 to Friday, June 16. There will also be accompanying digital reveals beginning as early as Sunday, June 11.

The Hype starts now. 👀#E32023 will take place in person from June 13-16 in the Los Angeles Convention Center with separated business and consumer days and areas.

“E3 is one of the global gaming industry’s few opportunities to come together, unite as one loud voice, and show the world what it is creating,” ReedPop VP of Gaming Kyle Marsden-Kish said in the press release. “Our vision is to reunite the industry by re-establishing the traditional E3 week, bring back that spark, and restore E3’s role as a truly magical global showcase event for game creators and consumers.”

What to know about the E3 2023 Business and Gamer Days

E3 2023 will be split into two main sections, with the Business and Gamer Days featuring a bit of overlap. The Business Days will take place across the majority of the event, spanning from June 13-15. This portion of the event will be reserved for members of the gaming industry. This includes developers, publishers, distributors, and media.

Meanwhile, consumers will get to join in during the Gamer Days on June 15 and 16. This portion of the event will feature “spectacular booths and a dedicated theater offering deep-dive looks at highly anticipated titles,” according to ReedPop’s press release.

The E3 2023 Business and Gamer Days will take place in separate halls. As a result, the two portions of the event are unlikely to overlap physically, even though both industry personnel and consumers will be present on June 15.