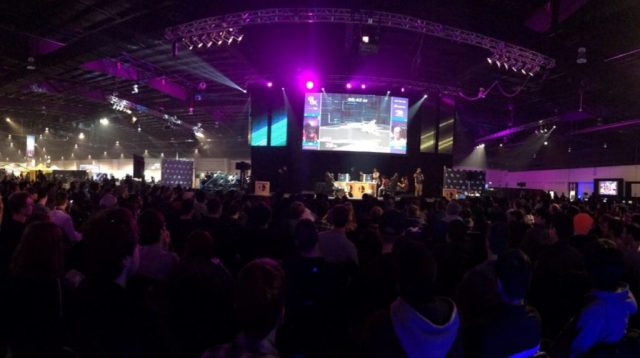 Canada’s biggest gaming expo is returning to Toronto in October – with bigger plans for next year. Fresh after the success of Enthusiast Gaming Live Expo’s (EGLX) impressive 2018 event, they now have confirmation for dates this fall. The event will be hosted from Oct. 18 to Oct. 20, 2019, and will take place at the Metro Toronto Convention Center in the heart of downtown Toronto.

Known for its commitment to the cultivation of a robust community of tried-and-true gamers, Enthusiast Gaming’s event last year drew an impressive 55,000 people. The event had to stop selling tickets on the Saturday due to capacity issues.

This year, EGLX will be expanding the expo into the Metro Toronto Convention Center’s North Hall. This is in expectation of a considerably higher turnout than last year. Its expansion nearly doubles the floor space of the venue. EGLX 2019 has also expanded its kids zone – complete with child-friendly gaming, of course – and will have four massive stages for its events. Last year, these events included the Canada Cup and the WESG Canadian National qualifiers.

EGLX plans to expand to the United States

Enthusiast Gaming is also is looking into expanding EGLX past Toronto and into the United States. The company is eyeing several possible cities in North America for expansion. The reasoning behind this is simple – the majority of EG’s online viewership comes from the US. It’s the best next move for EGLX, with multiple cities in the US – and many partners across the board – already expressing a strong interest in having EGLX come to their city. The company hopes to have these plans in place for 2020.

Enthusiast Gaming was founded in 2014 and has rapidly become the fastest-expanding gamer community in the world. EG boasts an impressive 80 websites in its roster and commands a viewership of over 75 million across its platform. Included in Enthusiast’s list of properties are websites like Destructoid, The Escapist, and even our very own Daily Esports. It’s no secret as to why EGLX keeps getting bigger.

CEO of Enthusiast Gaming, Menashe Kestenbaum, had this to say about the event’s future:

We have already seen tremendous growth since we started EGLX in 2015, and in only a few short years we have grown into the largest video game expo in Canada and now have plans to expand into the United States in 2020. Attendees at EGLX 2019 can expect continued growth with more patrons, more space and a larger focus on Esports and tournaments.

Canada’s biggest video gaming expo is looking better than ever for 2019, with plans to expand into the US in 2020. Will you be attending EGLX this year? Let us know!