Everything to know about WePlay Academy Season 4

Everything to know about WePlay Academy Season 4 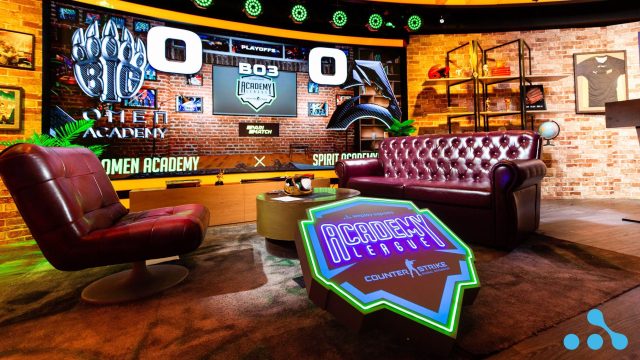 Provided by WePlay Holding WePlay Academy Season 4 has begun as teams once again compete to be the best CS:GO academy roster

One of the most exciting tournament in Counter-Strike: Global Offensive, WePlay Academy, is back for Season 4. The event begins Tuesday and runs through June 26, taking place in an online format. The top team will win $45,000 — the bulk of the $100,000 prize pool — and the title of best academy team in CS:GO.

WePlay Academy is an event designed to showcase young or up-and-coming talent. The tournament has led to many top CS:GO organizations developing an academy team to compete under their main roster. This structure has led to many academy players being called up, including Ilya “m0NESY” Osipov who played with Natus Vincere Junior and now plays for G2 Esports.

Since the inception of the tournament, MOUZ NXT have been the team to beat. MOUZ’s academy team has won all three previous seasons, cementing their claim as the best academy team in CS:GO.

However, that could change this year. For starters, Jon “JDC” de Castro, Ádám “torzsi” Torzsás and the team’s coach Dennis “sycrone” Nielsen have all been promoted to the main MOUZ roster. This led to an influx of new and untested talent on MOUZ NXT.

With each season of WePlay Academy, new organizations also throw their hat into the ring. This will be the debut WePlay event for 00 Prospects (academy team of 00 Nation), Apeks Rebels (academy team of Apeks), OG Academy and GODSENT Academy.

The tournament format remains mostly unchanged from previous years. The event is divided into three stages: group stage, play-in stage and playoffs. Beginning with the group stage, teams will be split between two groups. Teams will play a double round-robin with all matches as best of ones. The top team from each group goes directly to the playoffs. Second to sixth place teams head to the play-in.

The play-in stage is a single-elimination bracket with all matches as best of three. The top two teams advance to the playoffs. In the playoffs, the four teams play through a double elimination bo3 bracket to determine the winner of WePlay Academy Season 4.

In previous years, playoffs have been held in WePlay’s Esports Arena in Kyiv, Ukraine. Russia’s ongoing invasion of Ukraine has made that impossible, forcing all play to take place online.