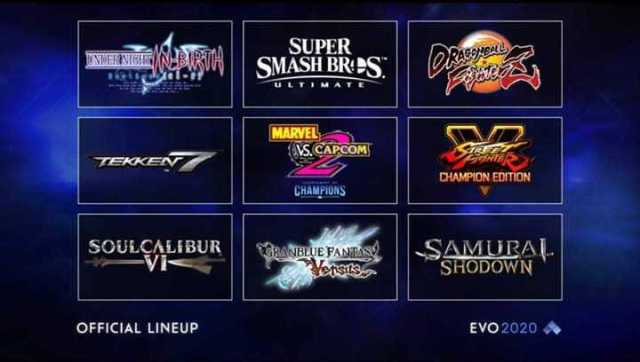 With 2020 in full swing, another EVO is fast approaching. EVO is the world championship of fighting games that takes place every year in Las Vegas, Nevada. EVO will once again be at The Mandalay Bay Hotel from Friday, July 31 through Sunday, August 2. Joey Cuellar, aka Mr. Wizard, the head of EVO, took to Twitch late Tuesday night with FGC personality Mike Ross to announce this year’s lineup.

EVO always switches up its lineup, and even though certain games are safe bets, it is always fun to see what changes will shake up the event. Sometimes lesser known games can have a huge spotlight thrust upon them that will help grow their community. For example, last year saw Under Night In-Birth being added to EVO’s main lineup for the first time. For EVO 2020 the lineup is as follows:

In addition, to celebrate the 20th anniversary of Marvel vs. Capcom 2, EVO will be hosting a “Tournament of Champions”. The eight-player invitational event will include four previous MvC2 EVO champs. The champs attending are Justin Wong, Sanford Kelly, Michael “Yipes” Mendoza, and Duc Do.

The remaining four spots will be determined at a later date. EVO will also be putting $10,000 into the prize pool, with more prizing (possibly raised by the community) in the future.

EVO will also have its famous BYOC area where many side tournaments will be hosted, as well as the return of “The Arena”. It’s here that events will be held throughout the weekend for attendees to spend their downtime in between events. With such a stellar lineup, EVO 2020 is looking to be one for the ages.