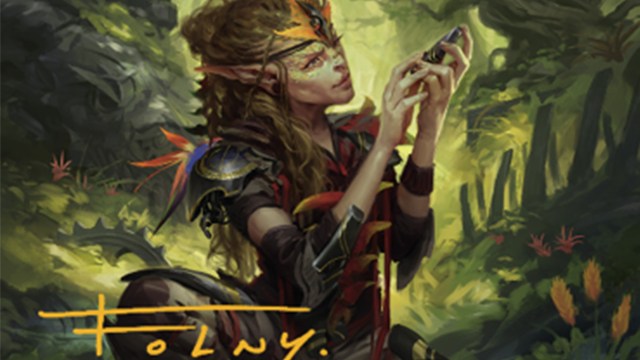 Wizards of the Coast’s newest card set for Magic: The Gathering is coming soon. The set is releasing on September 9 for both table top and MTG: Arena. This new set, Dominaria United, is focused on where Magic: The Gathering all began. We’ve got an exclusive card preview for you as well as some insights into the new set.

This new set contains 218 cards and includes lots of different versions of the cards. Twenty land cards are included in the set as well as 40 legendary characters, with stained glass art cards to collect too. There are five of these throughout the set.

Dominaria United returns to the plane of Dominaria, one of the original planes and is the Nexus of the Multiverse. This means Dominaria is the first planet, or plane to have existed. I’s at the center of the multiverse and has influence on all other planes.

The cards coming to this new set are powerful and, at times, dangerous. The idea behind the set is to expose the evil that has been around since the dawn of time. There’s a sleeper agent and some cool set mechanics. Domain is the only returning mechanic which allows players to improve abilities as they have more land types. There are also a handful of new mechanics coming with the set.

These allow players to choose how to play MTG. The competitive scene should see a lot of diversity with the new set as players decide how they’d like to spend resources.

One of the legendary creatures coming to Dominaria United is Meria, Scholar of Antiquity. She’s a legendary Elf Artificer that can add untapped artifact you control. This will be good for players wanting to run with the Gruul Artifact combo deck type. It’s a red-green deck (hence Gruul), the same as the Meria in this case. It focuses on low level mana costs, and tapping artifacts for mana.

Meria can be used in a midrange deck. By casting cheap effects that stack on top of one another, players can take down opponents. The card also gives players the chance to choose additional abilities and sacrifice cards from their library. This gives adds a lot of flexibility to MTG. Flexibility is a characteristic of the Dominaria United set, where players can choose to spend resources to cast more affects.

If you’d like to start collecting your Dominaria United cards, sets are now available for pre-order. Choose between Commander, Booster, Collector Booster, and Drafter Booster sets. Cards are also available for preordering on MTG: Arena.

You can see which cards have already been revealed for the set on the Wizards website.