A professional player has sparked newfound interest in the assault rifle 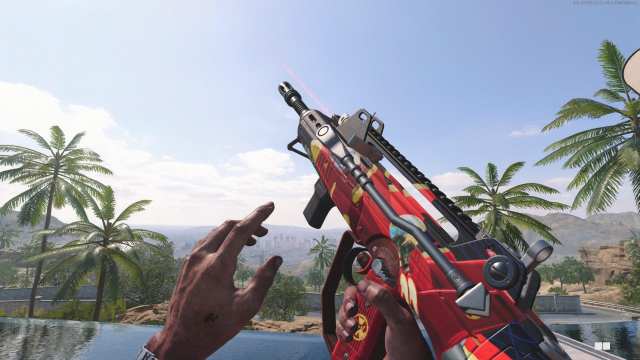 Provided by Activision The gun model for the FFAR in Black Ops Cold War.

In an unexpected turn of events, the FFAR assault rifle was trending on Twitter on Sunday, May 2. For fans of the Call of Duty League, the reason is clear. However, for players who weren’t watching the Paris Home Series, seeing that may have come as somewhat of a shock.

The FFAR was trending thanks to OpTic Chicago’s Brandon “Dashy” Otell equipping it in his match against the LA Thieves. Prior to this, the assault rifle wasn’t a part of the CDL’s meta. It was popular at the beginning of Black Ops Cold War but was then nerfed, never to be seen in competitive play again.

However, due to the gun’s recent buff in Season 3, Dashy decided to give it a whirl. The OpTic player was melting enemies left and right with the fast-shooting rifle, making viewers question why it hadn’t been used earlier. Regardless of its previous use, however, players now want to know exactly what they should be running on their FFAR in League Play for competitive matches.

For casual fans, the best loadout for the FFAR in standard multiplayer closely resembles the recommended loadout for League Play. However, in this case, the Gunfighter Wildcard will be utilized so that players can equip more than the five standard attachments.

This loadout is the same that Dashy used in his match against the LA Thieves. However, it can be adjusted depending on the player’s individual style. For example, Dashy didn’t equip a sight but players are free to use whatever they want in this slot. The best choice for League Play is either the Microflex LED or Millstop Reflex.

The rest of the loadout is fairly standard. The FFAR’s high recoil is mitigated by the Infantry Compensator and Field Agent Grip. Mobility is boosted by the Airborne Elastic Wrap and Raider Stock, allowing it to compete against the AK74u in League Play.

If any player decides to use this loadout in a competitive atmosphere, it will take some getting used to. The recoil will take some time to master as well but, once that is achieved, the FFAR is a formidable presence on the map.