Florida is wiping the slate clean 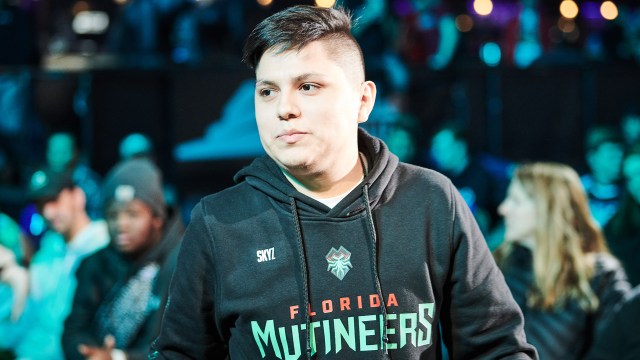 Provided by CDL Skyz was the longest-tenured Florida Mutineer.

Just as the Minnesota ROKKR did earlier this week, the Florida Mutineers are wiping the slate clean for 2023. Announced earlier today on Twitter, Florida has chosen to release almost its entire roster, including a substitute, from the 2022 season. Owakening, Skyz, Yeez, 2ReaL, and MajorManiak have all been dropped from the Mutineers, and will become unrestricted free agents.

Owakening, Skyz, and Yeez were all set to be free agents regardless, so Florida had little control over them staying with the organization. However, the Mutineers chose not to exercise the team options on 2ReaL and MajorManiak. The only player Florida is seemingly keeping from the 2022 season is David “Davpadie” Maslowski. It’s unclear what the Mutineers plan to do with Davpadie, as far as the upcoming season goes; he was a starter for a majority of the Vanguard season, but MajorManiak replaced him before Stage IV.

An update regarding our roster: pic.twitter.com/2OkS6AGpTM

This was the expected move from Florida all along. The Mutineers had their least successful season thus far in the CDL. They failed to make CDL Champs and were among the lowest-earning teams throughout the season. It’s clear the team wants to move forward with a clean slate, possibly keeping Davpadie in the mix.

This is the end of an era for the Mutineers, however. Owakening and Skyz were both a part of Florida for the team’s three-year duration in the CDL. Skyz has been there from the very beginning while Owakening came on midway through the 2020 season. The duo was one of the best in the CDL at one point, but it’s clear the roster simply didn’t work anymore.

At this time, it’s rumored that Skyz will head to the New York Subliners to form a dangerous slaying duo with Paco “HyDra” Rusiewiez. The other former members of the Florida Mutineers don’t appear to have a rumored landing spot as of yet. Although, Owakening and MajorManiak should both be able to land on a starting roster. They were both wildly successful during the Modern Warfare season, which bodes well for the upcoming Modern Warfare 2.

2ReaL and Yeez, on the other hand, will have a tough time finding a starting spot in the CDL. Both might have to begin the year in Challengers and/or find a substitute spot somewhere.

CDL teams cannot sign players to new deals until Aug. 22, so that’s when official news should start coming down. However, Florida said in their announcement post that they will keep fans updated “in the coming months.” So Mutineers fans might have to wait longer for potential roster news.