Hylissang also tests negative but will only fly to Mexico tomorrow 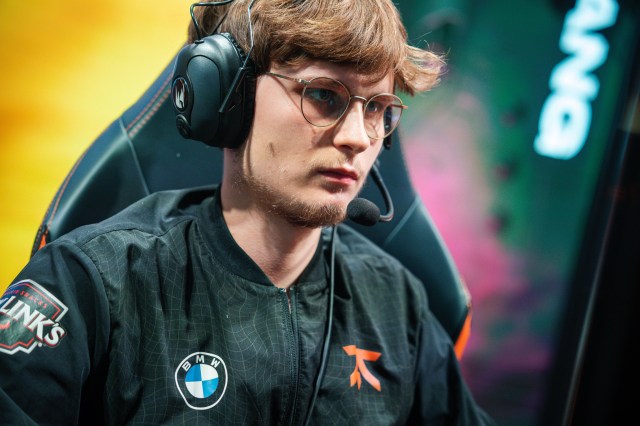 Fnatic bot laner Elias “Upset” Lipp has been tested negative after contracting COVID-19 recently and will be flying to Mexico City, Mexico today to join the main team, according to Fnatic’s announcement on social media. This means he will start in Fnatic’s first games tomorrow against Evil Genuises and Chiefs Esports Club in Group A.

An update regarding #Worlds2022: pic.twitter.com/EKcmsHPBFr

Upset’s bot lane partner Zdravets “Hylissang” Iliev Galabov has also tested negative but, according to the announcement, will only be flying tomorrow due to testing negative only recently. He will miss the first day of games but will start for Fnatic’s matches tomorrow, starting against the League of Legends Japan League’s champions DetonatioN FocusMe.

In the meantime, Fnatic will be using their additional substitute player that was granted by Riot Games recently due to the circumstances in Rúben “Rhuckz” Barbosa, who plays for their academy team Fnatic TQ in the Spanish SuperLiga. If Upset hadn’t managed to make it, Fnatic would have fielded Louis “BEAN” Schmitz as their starting bot laner.

This means Upset will finally play his first game at a World Championship, as he was unable to last year due to a family emergency.

The first matches of Worlds 2022 will kick off tomorrow with Isurus taking on MAD Lions at 1pm PT.