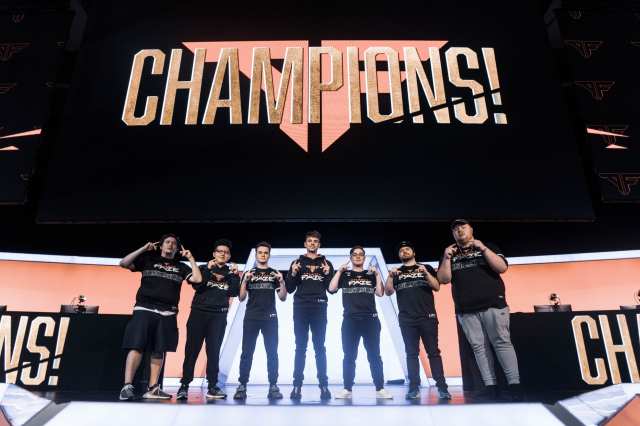 FaZe player Tfue dominated during Week 2 of the Fortnite Fall Skirmish, the first competitive Fortnite event during the recently-launched Season 6. Not only did Tfue earn a Victory Royale in two of the six matches of the North America bracket, but one of those victories was also a Royale Flush. This Royale Flush provided Tfue with an early lead during the tournament, one that the other competitors couldn’t surpass. He cemented his overall victory with the fifth match of the series, earning a point for having three eliminations and another three points for his second Victory Royale.

However, that’s not to say there weren’t strong showings from other players. TSM Daequan had a huge game in round four of the skirmish, securing a total of nine eliminations in the match and three points for the leaderboard. However, his reign was brought to an end by a close-range sniper shot by Ghost Thwifo, who had a phenomenal streak during today’s entire skirmish. In fact, Ghost Thwifo came in second place overall thanks to his consistent and accurate gameplay.

Thwifo, of the Bush Bandits, had a chance to take the lead in the final match of the series. Entering game six, Tfue led with 13 points while Thwifo had 12. However, Ghost Thwifo was eliminated by Liquid 72 hrs before securing the points he needed. Meanwhile, despite not having a high amount of eliminations in the final match, Tfue survived until fifth place, earning him yet another point and first place on the leaderboard.

Unlike last week’s Duos tournament, the Royale Flush was a solo competition. This week, players competed to have the most amount of points at the end of six matches. Points were awarded both for high match placement as well as high eliminations. Scoring was mostly the same as the Hold the Throne skirmish, albeit with modified elimination thresholds.

Despite Tfue’s efforts for the Rift Raiders, the Bush Bandits Club is still in first place. As of Week 2’s Fall Skirmish conclusion, the Club standings are as follows:

Keep in mind that the Rift Raiders had quite the uphill battle, as they finished the EU bracket of last week’s Fall Skirmish with a total of 0 points. They’ve since recovered and only trail behind the Dusty Dogs by five points, but their roster will have to continue performing as well as Tfue did today in order to reach the Bush Bandits. Though he didn’t take first place overall, Ghost Thwifo’s second-place ranking earned the Bush Bandits a nice boost, furthering their spread over the Fort Knights.

What were your highlights from the Week 2 Fall Skirmish? Have you already decided which Club you’re rooting for? We’d love to hear from you in the comments below.