Fortnite Season 4 adds the Collector's Museum to the island

Fortnite Season 4 adds the Collector’s Museum to the island 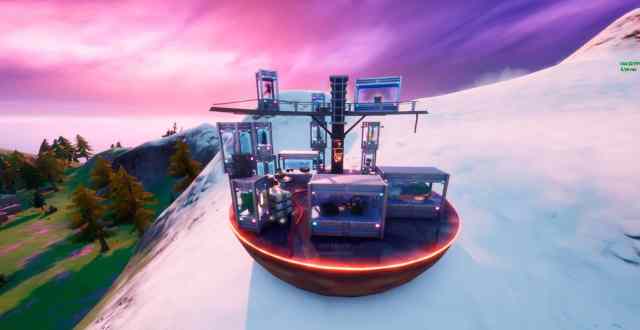 Another Marvel-themed location has been added into Fortnite Chapter 2 – Season 4. Now live in-game, the Collector’s Museum, made famous by the Guardians of the Galaxy movie, is now officially a part of the island. Over the past couple of weeks, Epic Games has been tossing in various Marvel locations. Ranging from Ant-Man’s Ant Manor to Black Panther’s Panther Monument, a ton of Marvel movies and comics are represented. The latest installment, being the Collector’s Museum, still doesn’t give us any insight as to why these locations are in Fortnite.

Where is the Collector’s Museum in Fortnite?

As with most of the other Marvel locations, the new museum is quite small for a POI. Essentially, it’s a small museum that stands on a circular platform on the side of a mountain. The museum itself mimics the one from Guardians of the Galaxy quite well. There are various items displayed in glass cases and you can even ascend to a second level.

If you wish to visit the new location, you can do so by landing near Catty Corner. From there, head northeast to the snowy mountains and you should instantly see it if you look up from the base of the mountain. It sits on the side of the northernmost mountain facing the west side of the Fortnite island.

In regards to why these Marvel locations are popping up, we can’t say for sure. However, it seems plausible that the Rifts in Fortnite are responsible for transporting them here. It would explain why there’s such a small area for each POI.

In addition to the Collector’s Museum coming to the island, the Rifts on the map also created a new stage. This likely means Epic Games is setting up for even more map additions and possibly something bigger as well. Time will tell how all of this connects to the Season 4 storyline.

Make sure to stay tuned to Daily Esports for all Fortnite updates.