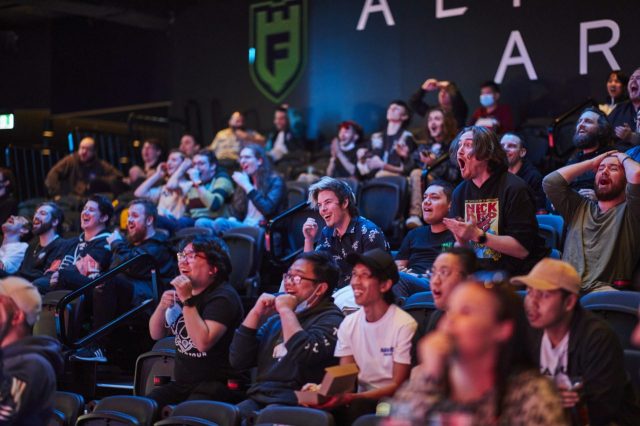 It’s been a year since Fortress Melbourne, Australia’s biggest esports arena, first opened. Just four days after opening, COVID-19 restrictions were put in place, forcing the Fortress to close. Now though, a year later, Fortress Melbourne is open again and will bring events like PAX Aus later this year.

During the pandemic, Fortress Melbourne has been running online tournaments. Competitions have been centered around games such as Valorant, and the World of Tanks Premier League. These online tournaments have helped the arena pivot to offer a digital experience. With the venue now fully open, there’s an opportunity to merge these digital shows with physical, in-person events.

As physical tournaments are starting to appear again in some parts, Fortress Melbourne gears up to host some of the these events. The venue plans to have physical tournaments like the World of Tanks Premier League shown live on stage. Furthermore, Fortress is already hosting viewing parties for large global events, like the Oceanic League of Legends tournament and the Rainbow 6 finals.

The arena team has also teased the launch of a Fortress Cup. Here, gamers of all skill levels will be called to compete in various tournaments and ‘missions’ to earn points. Hopefully we’ll hear more details on the Fortress Cup in the near future. The team also anticipates additional gaming events to be held in the venue, and even businesses hiring it out for live streaming events.

Back to full capacity

From today, March 26, COVID-19 restrictions lift across Melbourne and Victoria in Australia. This means Melbournians no longer need to wear masks and venues do not have capacity limits. Therefore, Fortress Melbourne is back to full capacity. Patrons to the venue will be able to play video games, jump on arcade machines, use board games, have a pub meal, or use a streamer room. Fortress Melbourne is already experiencing a burst in foot traffic too. People are coming in to celebrate birthdays, partake in bottomless pizza parties and get their hands on new games & tech.

On top of this news, PAX Australia has also been announced as a physical event this year. In fact, demand is so high for it that the PAX Aus website crashed just minutes after opening ticket purchasing for its 2021 event. With PAX Aus coming back to Melbourne, we can expect places like Fortress Melbourne to host a lot of in-person events to celebrate.

You can get ready for events just like PAX Aus at the Fortress Melbourne, by checking out the events calendar. If you aren’t able to visit Melbourne anytime soon, you can watch various Fortress tournaments on the official Fortress Twitch channel.