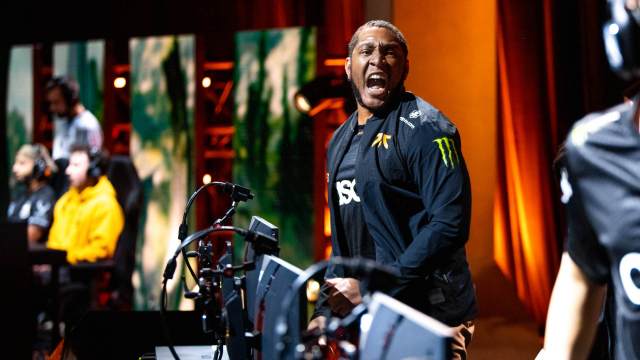 The Halo Championship Series (HCS) Major Kansas City 2022 revealed details for the event on Thursday, which marks the second major tournament of Halo Infinite and the end of the first split.

Notable additions to this major are a $250,000 prize pool, live fans and a Free-For-All tournament. This major at the Kansas City Convention Center goes on from April 29 to May 1 on multiple HCS streams similarly to HCS Raleigh.

This is the #HCSKansasCity2022 Major! Join us live April 29th to May 1st as @Halo competitors clash in Kansas City, MO!

Another HCS major brings everyone to Kansas City

The format for the HCS Major Kansas City is similar to both HCS Raleigh and the regional finals in Anaheim. The pool play and open bracket format returns, with double elimination in the open bracket. Twenty four teams will play in the open bracket, fighting for four spots in the final tournament. Unlike Anaheim, which was an NA regional final, Kansas harkens back to Raleigh with anyone across the world able to arrive and compete.

As for pool play, the sixteen qualified teams from across the world will fly out to Kansas City to compete. This includes eight teams from NA, four EU teams, three from the MX region and one from the Australia-New Zealand region. As of right now, the teams qualified are:

The European teams and Open Bracket teams have yet to be confirmed. As for Twitch drops, they are confirmed for the event but more details will be announced on the HCS Twitter.

New additions for a live event

For the second major of Halo Infinite, the HCS are bringing more for fans to keep their eyes on. The first notable change is a Free-For-All tournament, with a prize pool of $5,000. This tournament is free and open to all attending fans and will be explained in more depth as the event gets closer.

Much like HCS Raleigh, the event will host live fans. The NA regional finals in Anaheim weren’t able to, so this marks the return of fans to HCS. Fans will have to provide proof of vaccination or a negative PCR test 72 hours prior to the event, and masks are required at all times to attend. This protocol is similar to HCS Raleigh, but the team admits that, “as we get closer to the event we will look at the protocol once again to see if it’s still safe at that point to remove some or all of the restrictions.”

Tickets for the HCS Major Kansas City go for sale starting on March 14, starting at $50 for three-day admission. Other more expensive packages are available.