How the Gunsmith works in Modern Warfare 2

How the Gunsmith works in Modern Warfare 2

You'll need to turn your brain on for this 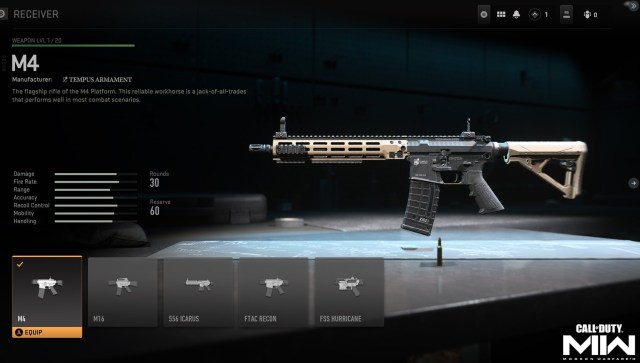 Provided by Activision Call of Duty: Modern Warfare 2 screenshot of the Gunsmith.

Earlier today, the official Call of Duty YouTube channel released a new video detailing the new Gunsmith in Call of Duty: Modern Warfare 2 multiplayer. The video is just over three minutes long, going over a plethora of information from the Gunsmith to the FJX Cinder Weapon Vault. Players might be a little confused by the video’s explanation of the Gunsmith, though.

While some elements of the Gunsmith remain the same from MW2019, a ton has changed in terms of how the weapon fundamentally works. There are new ways to unlock attachments and weapons in addition to a completely new UI.

The Gunsmith in Modern Warfare 2

Let’s go over the basics of the Gunsmith in Modern Warfare 2. First and foremost, players will be able to equip five different attachments on their weapons. This is for both primary and secondary weapons. Following that, there look to be four perks per class, with the first perk slot being a part of a “perk package.” We’re unsure of exactly how this works, but this system was leaked a while back. Finally, there will be one lethal and one tactical equipment slot to finish out each loadout.

Now, let’s get into the nitty-gritty of how attachments will work.

You start off with a Platform of weapons (i.e. a family of weapons). This Platform will contain weapons that share similarities but don’t have to be in the same category. For example, the M4A1 has a Platform of weapons called the Tempus Armament. This Platform contains weapons such as the M16 assault rifle, 556 Icarus light machine gun, FTAC Recon battle rifle, and FSS Hurricane submachine gun. These weapons will share some similarities, but they are all separate weapons from each other. This means they will have their own camo challenges, attachment unlocks, etc.

Players will unlock each of these new weapons in a Platform by leveling up the base weapon in that Platform. In this case, it’s the M4. Once players have reached a certain level on that weapon, they will unlock a new Receiver, which is basically a new weapon.

Players can equip that Receiver and change the M4 into that new weapon. However, whatever attachments players had on their M4 previously will be transferred over to this new weapon.

Basically, this means you only have to unlock some attachments one single time to be able to use them across any weapon in the game. Other attachments are unlocked for their specific Platform only. Each weapon in a Platform will have its own specific attachments to unlock to make it unique from other weapons.

While that covers the base Gunsmith, players also have the FJX Cinder Vault weapons to understand. Basically, the weapons in these vaults simply unlock every attachment for that gun. This means that players will immediately have access to that weapon’s Platform-specific attachments and Receivers.

We hope we made that easier to understand for players. Players can also see more about the Gunsmith through Call of Duty’s newest blog post. We’ll likely see an even more in-depth look at everything the Gunsmith has to offer at Call of Duty Next tomorrow.