How to check the server status of Overwatch 2

How to check the server status of Overwatch 2

Check to see if the servers are down 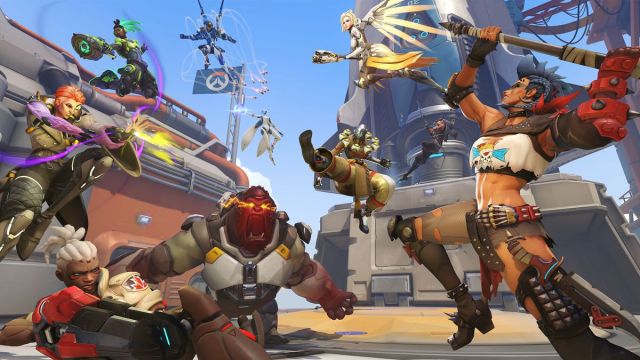 Provided by Blizzard Overwatch 2 released on Oct. 4 for players worldwide.

It’s safe to say that the launch of Overwatch 2 didn’t go as Blizzard Entertainment intended.

On the day of the game’s launch, Oct. 4, the company was hit with a major DDoS attack, which affected the servers for all of its games. It didn’t seem to be a coincidence that Blizzard experienced this attack on the release day for Overwatch 2. After that attack was handled, though, the problems didn’t stop there. Once players were able to get into the game itself, after waiting in a queue, they were met with another queue to actually join a server and a match. This prompted thousands of Overwatch 2 players to question the server status for the game.

Whether it’s because they can’t connect to a server or they’re waiting in massively long queue times, players want to know if the servers or themselves are to blame. We’re here to show players how they can figure that out by checking on the server status for Overwatch 2.

Checking the server status of Overwatch 2

If players are still experiencing trouble with the game servers, there are a couple of ways they can check to see whether it’s the game’s fault or possibly their own fault. The first way would be to visit the official Twitter account for Overwatch 2. Over the past day since release, the account has been updating players on the status of the queue times as well as the stability of the servers.

We’re steadily making progress on server issues and stability, as well as working through a second DDoS attack. We’re all hands on deck and will continue to work throughout the night. Thank you for your patience – we’ll share more info as it becomes available.

The second viable way to check the status of the Overwatch 2 servers is to visit a website dedicated to updating the server status. The website is called the Overwatch Down Detector, and it’s been active since the original Overwatch launched. Players can see a graph that shows server problems over the course of the past several hours.

If both of these methods show the servers are working as intended but players still can’t log on, then they might have to look at their own hardware. Perhaps an Internet outage or some other problem has arisen that’s preventing a player from accessing the OW2 servers.