How to find Imbued Sword Keys in Elden Ring

How to find Imbued Sword Keys in Elden Ring

Find the location to all three keys 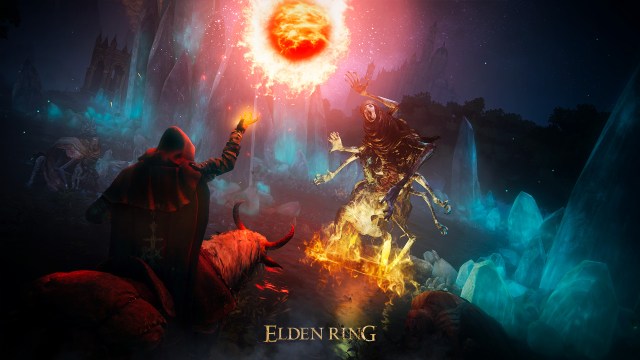 Imbued Sword Keys are one of the rarer items in Elden Ring. While they’re exceedingly rare, the keys are only used for one specific purpose in the Lands Between. That purpose is to open different Waygates at the Four Belfries location in northwest Liurnia. This location has three portals that require one key each to access. The portals take you to different locations across the map, some of which you can’t reach any other way.

As there are only three Waygates, there are only three Imbued Sword Keys to find across the map. One of these keys is fairly simple to find but the other two are incredibly difficult to randomly stumble upon like many other different items in Elden Ring. Below, you can see exactly where to find the three Imbued Sword Keys so you can access each portal at the Four Belfries.

To find your first Imbued Sword Key, you simply need to go to the Four Belfries. Once there, you need to go to the top tower on the hill. There, the Imbued Sword Key will be waiting inside of a treasure chest. With it, you can open one of the three portals below. One of them leads to Nokron, The Eternal City. But if you haven’t defeated Radahn, then all that will be there is a Lesser Crucible Knight that drops a Somber Smithing Stone (6).

Opening the other two portals is a bit trickier. The other two keys are in harder places to get to, but not impossible. Their locations are viewable below:

The Imbued Sword Key at the Academy requires you to navigate some trick obstacles and enemies. For a full walkthrough of where the key is, check out this wiki’s explanation. The third and final key is discovered at Sellia, Town of Sorcery behind a barrier that you can’t get through until you light a brazier at the top of one of the towers in the town. Once you do, the barrier will open and you can go through to find the third Imbued Sword Key in Elden Ring.

With all three keys, you can now access all of the portals at the Four Belfries. In addition to Nokron, one portal takes you to the Chapel of Anticipation to rematch the tutorial boss while the other takes you to the Crumbling Farum Azula. All three locations are worth your time to visit.