How to get to Mohgwyn Palace in Elden Ring

How to get to Mohgwyn Palace in Elden Ring

One of the most intimidating locations in the Lands Between 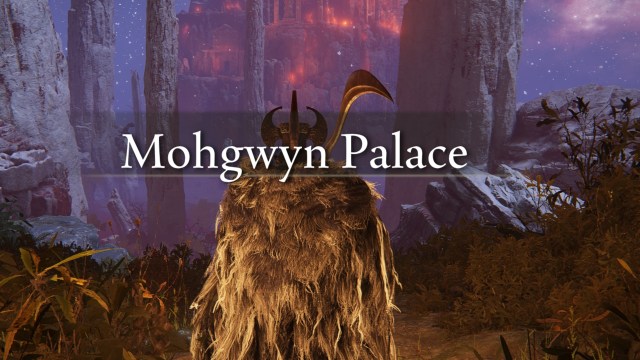 Provided by FromSoftware Mohgwyn Palace being entered for the first time.

In the later stages of Elden Ring, players will need to venture into some terrifying locations. From Leyndell, Royal Capital to the Consecrated Snowfields, the late game of Elden Ring is as intimidating as it gets. However, there’s no perhaps no location players fear more than Mohgwyn Palace — home to Mohg, Lord of Blood, one of Elden Ring’s main demigod bosses. If players want the boss’ Remembrance and Great Rune, they’ll need to traverse his palace and their grounds.

Before that can happen, though, players will first need to find out how to actually get to Moghwyn Palace. The location is underground and requires a special teleporter to access. That teleporter is well-hidden in the Lands Between and also isn’t found until late in the game. Below, see exactly how you can gain access to Mohgwyn Palace in Elden Ring.

The teleporter you need to find to get into Mohgwyn Palace is located in the Consecrated Snowfields. To gain access to this area, you need to make your way through Leyndell, Royal Capital. Most importantly, you need to defeat Morgott, who is the final boss of the capital city.

Once you’ve defeated Morgott, you will earn an item called the Rold Medallion. This medallion allows you to gain entry to the Grand Lift of Rold. However, this medallion only lets you access the Mountaintops of Giants. To get to the Consecrated Snowfields, you need both halves of the Haligtree Medallion.

The first half is found in the Village of the Albinaurics in southwest Liurnia. The second half is found at the top of Castle Sol in Caelid. With both halves, you can go to the Grand Lift of Rold and hold up the secret medallion to gain access to the Consecrated Snowfields.

Once in this snowy location, you need to stick to the left side of the map. You’re looking for a location called the Yelough Anix Ruins. The teleporter to reach Mohgwyn Palace is located directly northwest of these ruins, as seen below.

Once you find the teleporter, you will be directly transported to Mohgwyn Palace. There will be a Site of Grace a short distance away from where you are initially teleported. Be warned, though, as the road ahead is dangerous.