Margit and Godrick might be too much to handle early on 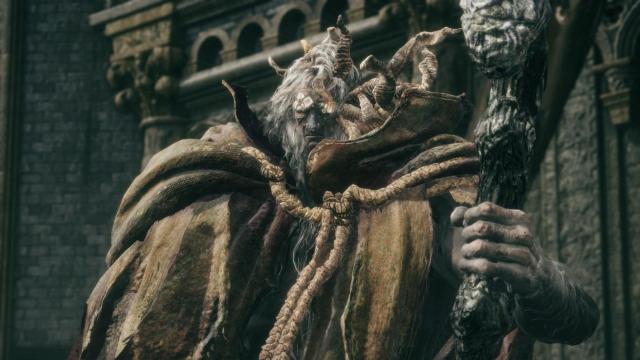 Provided by FromSoftware Margit is one of the toughest bosses you can face in Elden Ring.

So you’re stuck on Margit the Fell, Omen or Godrick the Grafted in Elden Ring; you’ve been battling either one for hours and just want a break. However, the problem with either of these bosses is that the game makes it seem like you’re region-locked until you beat them. The areas of Limgrave are open to exploration even if you haven’t defeated either boss. Anything north of Limgrave or Stormhill, though, is seemingly blocked by Stormveil Castle and subsequently Margit and Godrick. What if we told you there was a way past these two bosses, though?

While Elden Ring does a good job to hide it, you can actually skip Stormveil Castle and the Margit and Godrick fights altogether. Of course, to beat the game you will still need to come back and fight those bosses. Skipping them just gives you a chance to explore the northern regions, level up your character and acquire new and better gear to come back and have your way with the bosses. Below, you can see exactly how to skip the Margit and Godrick battles in Elden Ring.

In order to skip Stormveil Castle, you will need to take a small road off the beaten path. This path is located just before you reach the castle. You can fast travel to the Site of Grace called “Stormhill Shack” for the quickest way of reaching the shortcut. You can see where that’s located in the screenshot below.

Once you’re at the shack, head directly North along the road that comes out of the shack, don’t take the left that circles back around to the castle. Keep going North and under the large bridge on the map. You’ll eventually reach a smaller bridge with an NPC sitting on a chair at the start of it.

You can talk to them and then keep going. You’ll find that the bridge has collapsed, though. Don’t worry about this, as you can take an immediate left down some rubble and into a forest. Keep following the path that the forest has laid out for you, which gets pretty narrow at times. There will be some enemies waiting to attack you but they’re easily avoidable if you’re riding Torrent.

Eventually, you will reach an area beyond Stormveil Castle called “Liurnia of the Lakes.” This is the next region of Elden Ring and was previously only accessible if you beat Margit and Godrick. Now that you’ve skipped those bosses, though, you can explore everything the magical land has to offer.

You will need to come back and beat both Margit and Godrick to progress in the story. But this skip allows you to get stronger and acquire much better gear to make you better-suited to take them on.