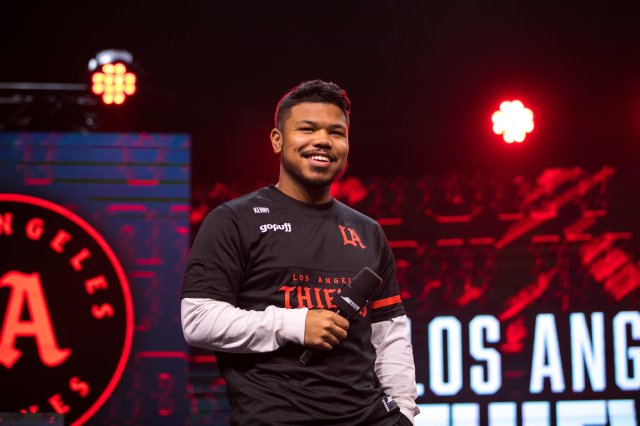 Provided by CDL Kenny was named the MVP of Major IV for the LA Thieves.

It took a year of ups and downs, role changes and questions about the roster, but the LA Thieves are on top of the Call of Duty world. LA defeated the New York Subliners on Sunday in the grand finals of CDL Major IV, winning their first event as an organization since entering the league last season.

Coming into this event, LA had not even qualified for Champs in two weeks. But now, they’re major champions.

The grand finals began the same the winners final did between New York and LA, with the Subliners going up 2-0. New York chose Bocage Hardpoint for their opening map, and it was clearly done with some intent. Matthew “KiSMET” Tinsley absolutely dominated the Thieves as he went off for 41 kills and continued his incredible Major IV performance.

Map 2 Search and Destroy was on Desert Siege, which has been LA’s playground for the last few weeks. However, despite going up early, the Thieves were caught off-guard by NYSL’s mid-map attack and Paco “HyDra” Rusiewiez’s aggressiveness. New York was able to win the map in 10 rounds to go up 2-0.

However, the next two maps were on Berlin, and LA fans knew that gave the Thieves a chance to tie the series up. And that’s exactly what happened. LA utterly dominated Berlin Control and Hardpoint, showcasing just how strong the Thieves are on that particular map. Sam “Octane” Larew was the main aggressor on Berlin and went double-positive in the Hardpoint.

With the series tied 2-2, NYSL and LA battled things out on Bocage S&D. Amid a back-and-forth map, New York found themselves up 5-3. During the ninth round, though, controversy found its way into the grand finals. LA Thieves player Dylan “Envoy” Hannon experienced an in-game glitch that caused his gun to not shoot. This came right as Envoy was about to kill an NYSL player. As a result, LA lost the round and the map. The CDL did not replay the round or the map.

No way this bug happened in the grand finals.. pic.twitter.com/1uFcTyeIK5

Though some players might have lost composure after that occurred, Envoy and LA stayed calm on Gavutu Control. After a great performance by Kenny “Kenny” Williams, LA defeated New York in four rounds to tie the series back up and bring us to a Berlin S&D. As LA often do, they dominated on Berlin, winning their first Search and Destroy of the series. Kenny once again had a brilliant performance, and the win on Berlin put the Thieves up 4-3 in the best-of-nine. They could end things on Tuscan Hardpoint.

And end things they did.

Another impressive showing from Kenny and Envoy led the Thieves to a blowout win on Tuscan and the Major IV title. This is 100 Thieves’ first Call of Duty win as an organization since Black Ops 4, and it came off the back of an improbable run in Brooklyn, New York. LA goes home with $200,000, a top-three seed at CDL Champs and a mountain of momentum. Kenny earned the Major IV MVP award for his play throughout the event.

As for New York, few expected them to get this far or even make it to Champs. However, they accomplished their ultimate goal of qualifying for Champs and showed the CDL how strong they can be. Come Champs time, the Subliners will certainly not be considered an underdog.

CDL Champs begins on Aug. 4 at the Galen Center in Los Angeles.