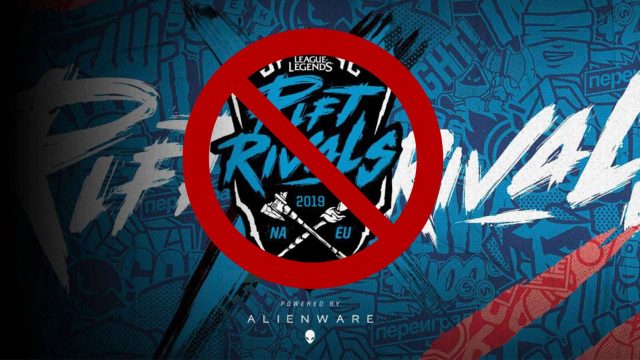 In the wake of the recent MSI postponement, Riot Games has decided to cancel this year’s League of Legends Rift Rivals tournaments. According to the MSI announcement, Riot has canceled the rival region tournament indefinitely. While the COVID-19 epidemic does play a role in this, it certainly isn’t the only reason for the cancellation. At this time, it is unclear whether Riot plans to replace the event in the future or not.

What impact could this have?

While the tournament was often seen as unimportant, the cancellation of Rift Rivals might have a much larger impact than we think. In terms of scheduling, the cancellation will make it much easier for Riot Games to plan the Summer Split. It will be especially important in the 2020 season, with the MSI postponement moving the Summer Split end date closer to Worlds. Riot will have more than enough flexibility once Worlds qualifiers end, giving teams enough rest before the competition.

Besides that, the tournaments did not hold any value to League of Legends‘ competitive circuit. Unlike MSI or the Spring/Summer Splits, the placement at Rift Rivals had no impact on Worlds seedings. This, in addition to being played in the middle of the split, made the tournament far less competitive, as teams just weren’t motivated to play.

It had an even bigger impact on teams from regions that had to travel for the event. Having to adjust to a new time zone just so you play a few games that won’t matter in the end simply didn’t feel worth it. Yes, there is regional pride at stake, but there were way more negatives than positives.

Will you miss Rift Rivals events if Riot never decides to bring them back? Let us know in the comments below! And for more League of Legends content, stay in touch with Daily Esports.