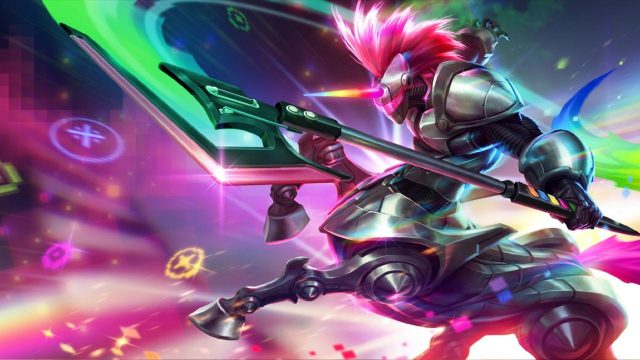 Riot Games is giving Hecarim his first visual update since his release in 2012. League of Legends’ VFX artist, Jason Chisolm, suggested that these Hecarim updates will be a part of the next PBE cycle, most likely for Patch 11.5.

Some visual changes in the Hecarim updates include cleaner visuals for his Arcade skin, hoof prints on all of his skins and further enhanced thematic elements for some of his skins. Additionally, he will receive an updated Fire Tail, which will match his running animations. Chisolm shared images of these updates on his Twitter, sparking a range of responses from Hecarim fans. Most responses expressed appreciation that the rift’s Spooky Horseman is finally getting a small makeover.

Recently, Hecarim’s visual imperfections have caught some attention among players, especially with his current 15% pick rate. These updates will satisfy the players who suggest that his current skins are too aged compared to modern ones.

For some players, it can even be difficult to identify the clear range of his Q, and these changes will help players tell the visual difference between Hecarim’s abilities. This situation is similar to Malzahar’s VFX update, which gave players clarity between his Q hitbox and passive barrier.

Overall, these Hecarim updates are just some of many planned by League of Legends’ VFX team. In an announcement earlier this year, Riot Games released news of changes on current champions, as well as upcoming projects regarding new champions.