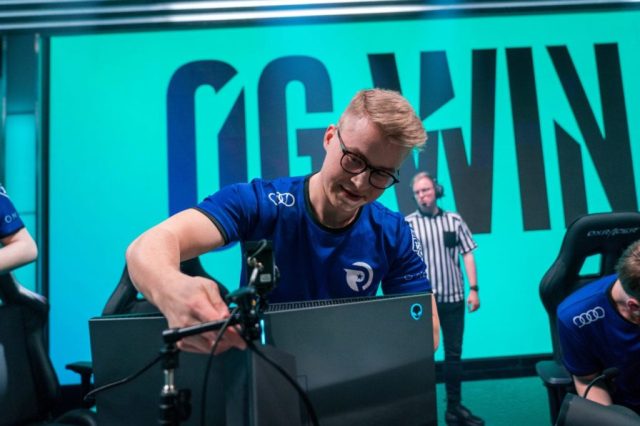 We are approaching the halfway mark of the 2019 LEC Spring Split, and the middle of the pack is thinning out. We are now getting an idea of who is going to be at the top of the standings, and who will be missing the playoffs. Some faces have taken fans and analysts by surprise while others are no surprise at all. However, what we do know is that the LEC is one of the most competitive regions in the world. They have clearly made some big improvements across most of the teams, and the region has evolved together. Let’s take a look at our power rankings for week four of the LEC.

The Kings of Europe: G2 Esports

G2 Esports has probably solidified themselves as not only the best team in Europe, but also the best team in the West. Their individual play is top-notch, boasting unstoppable performances from each player across the board. They are also averaging some of the highest team damage per minute of any team in the history of the LEC and EU LCS. Before this season began, many people believed that G2 Esports and Fnatic were rivals that were going to battle for the European crown. In their last game, G2 destroyed them and held a 7,000 gold lead only fourteen minutes into the match. There isn’t anyone close to rivaling G2 Esports in the LEC right now, and they may not find a match until they hit international play.

Although they haven’t begun to approach G2 Esports at the apex of the LEC, these two teams are still tough competition. Through four weeks, Team Vitality and Schalke 04 have both proven that they may be the best chances at beating G2 Esports this year. As a result, they land right behind G2 in our power rankings. Both teams have very differing playstyles, but both execute their gameplan to perfection. For example, Team Vitality is very aggressive and proactive with their plays. Behind the flashy play of Daniele “Jiizuke” di Mauro, they were able to take down EXCEL Esports in a surprisingly close game. Unfortunately, they would also run into the brick wall that is G2 Esports, and take a loss because of it.

Meanwhile, Schalke 04 is much more controlled, calm, and precise with their macro play. With one of the best coaches in the league in Dylan Falco, this team has systematically pulled apart their opponents in the LEC. They did stumble against Origen, who managed to outmacro them in the later stages of the game. It shows that they do have some kinks in the blueprints, but it is still relatively early in the season. Mistakes can still be rectified before the latter portion of the LEC season and playoffs.

The middle of the pack is up for discussion, as the top teams have been decided, at least for now. Four teams are in the mix for our power rankings, with some looking better than others. First we have Origen, who has drastically improved from their earlier performances from weeks one to three. Their decision making and macro was impressive, especially against a macro-focused team like Schalke 04. They earned themselves their first ever 2-0 week and if they can continue improving, could maybe challenge the Top Contenders tier of our power rankings.

On the other hand, Splyce looked good this week with victories against Misfits and SK Gaming. Granted, they are two teams that are on a downward trend, but ending week four with a 2-0 is good for a team like this. I don’t see Splyce pushing past the top three this season, but I can safely put them in the third- to sixth-place range. We will also need to watch if Marek “Humanoid” Brázda can make a case for Rookie of the Split honors this season.

The Cut Off: Misfits Gaming, Fnatic

Fnatic and Misfits may very well switch positions in our power rankings in the coming week. Misfits have looked weaker than ever, especially whenever Steven “Hans Sama” Liv isn’t out to a big lead in the bottom lane. Paul “sOAZ” Boyer and Fabian “Febiven” Diepstraten have been struggling over the past couple of weeks. As a result, Misfits has had to lean a lot more on their star ADC, which has allowed teams to focus on him to put him behind. Ending this week 0-2 musn’t have been good for their morale, and should be a worrisome trend for the following weeks.

A win against EXCEL Esports should give Fnatic fans some semblance of hope after the abysmal start they had to the LEC Spring Split. The team is improving little by little, while Tim “Nemesis” Lipovšek has impressed many fans and analysts through the losses. Their macro play is still sloppy, but if Fnatic can continue improving into the halfway mark of the Split, they could sneak into a lower seed come playoff time.

SK Gaming and EXCEL Esports are running into some expected problems for their first split in the LEC. Both teams are new, young, and inexperienced. Because of that, it is understandable that they make mistakes, especially in their macro play. The magic of SK Gaming’s win against Fnatic in week one has fully disappeared now, and we are now seeing this team for what it is. They need time to grow together as a squad. One bright spot on this roster is jungler Oskar “Selfmade” Boderek, who has been playing amazingly so far through 2019. His play alone gives me hope for their future in the league.

EXCEL Esports has actually shown glimpses of brilliance in many of their games. Their early game is relatively strong, which allows them to take leads in a few of their matches. Unfortunately, their decision making in the late game is way too shaky, and these glaring mistakes lead to many of their losses. Given enough time, they could become a great team. The only big complaint I have with EXCEL is Fabian “Exile” Schubert, who hasn’t been playing too great this whole season. If there is a position to improve on next offseason, it would be this one.

Rogue doesn’t make a lot of sense. After another sad performance in week four, they line the bottom of the LEC barrel once again. They did make some changes to their roster for week five, but not where we thought they’d make them. Instead of switching out Martin “HeaQ” Kordmaa for Paweł “Woolite” Pruski, they replaced Kim “Profit” Jun-hyung and Kim “Wadid” Bae-in. These two were arguably the best performers on their team given the circumstance, but they’ve switched them out.

Rogue would take to Reddit to explain their decisions, stating that these new players were to “refresh mindsets and work on our problems.” Now, it is true that a change in mindset can be just as important as a roster change. However, these roster changes couldn’t be any more underwhelming. We don’t expect much from Rogue in week five, and in the weeks to come.

What are your thoughts on our power rankings for week four of the LEC? Let us know what you think in the comments below! If you want more LEC coverage, check us out here!