Mano moves to the Philadelphia Fusion 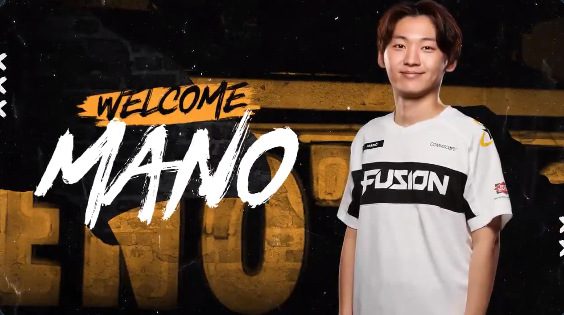 After a long pause in Overwatch League free agency, a big signing has occurred. The Philadelphia Fusion have signed main tank Dong-gyu “Mano” Kim for the 2021 season. This main tank is a true veteran in the league, and was released by the New York Excelsior to be immediately acquired by the Fusion.

A great rival in seasons past, it's time to see how he does playing with us instead of against us…

Give a warm welcome to @Mano_OWL, joining Fusion for the 2021 Season!

Since the start of the Overwatch League, Mano has played for the New York Excelsior. He was crucial to their early success, helping them win two stage titles in the inaugural season. For the first two seasons in the league, his partnership with Tae-hong “MekO” Kim was deadly. But, their second season didn’t lead to anything good. They decided to change and did so by trading MekO to the Houston Outlaws. Mano continued to show his skill for the main tank role with new teammates, but the team stagnated.

Thank you and Goodbye NYXL

The New York Excelsior continued to never make it far when it mattered most. While they were trying to improve, other teams did so drastically, such as the Shanghai Dragons and Seoul Dynasty. Also, after this pandemic, it would make sense that players would be released from a lot of teams for financial reasons. However, it seems that New York simply wanted to move on from their past. There have been rumors around the league about who would replace Mano, with O2 Blast main tank Gyeong-mu “Yakpung” Jo being a popular name. But, as of right now, nothing has been announced.

Although, this signing proves very interesting for the Philadelphia Fusion. They already have a great main tank in Su-min “SADO” Kim, albeit one that has some issues in the past. Mano is the definition of consistent, as was shown in the past three seasons. He rarely made the highlight reels, but still led New York to respectable finishes in every year. Considering that SADO and Mano have similar hero pools, it will be curious how he is used for 2021 with the Philadelphia Fusion. What this does do is make the Fusion’s roster even deeper and stronger for next year. After the way the Fusion ended the 2020 season, they’re looking to improve fast, and this is one signing that will do that.