Ranked Play is all but confirmed for MW2 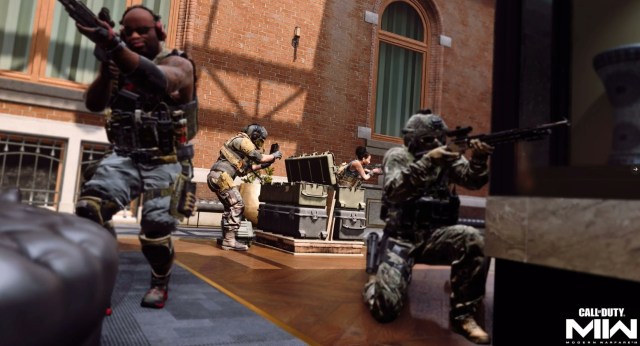 For months, we’ve heard rumblings and rumors of a possible Ranked Play mode coming to Call of Duty: Modern Warfare 2.

Insiders have teased fans that the competitive-specific mode would be arriving in MW2 with Season 1, which we now know is releasing on Nov. 16 with the launch of Warzone 2. Aside from the supposed release date of Ranked Play, though, we haven’t heard anything else regarding the mode up until now. Earlier today, data miners were able to uncover strings of code inside of the PC game files that all but confirm the existence of Ranked Play and even give us details on how it might work in Modern Warfare 2.

Ranked Play has always been a topic of debate within the Call of Duty community. Competitive fans all want to see some type of Ranked Play mode make its way to each new title, which it often does. Although, the main problem with Ranked Play is how long it usually takes to arrive in a new game. The usual timeframe for the mode to release is roughly three months after the initial launch. The only time it hasn’t in the past several years has been with Infinity Ward games. Both Infinite Warfare and Modern Warfare did not have a Ranked Play mode whatsoever throughout their life cycle. This was a cause for concern amongst competitive players heading into MW2, as they were worried this trend would continue.

Luckily, insiders have confirmed the mode is coming to the game and now we have concrete proof to back that up. Data miner @Name_less discovered several strings of code for Ranked Play in the Modern Warfare 2 game files. They copied the code onto a website, which players can visit themselves.

Essentially, it appears that MW2 will emulate the ranked system we had this past year in Vanguard. This doesn’t come as much of a surprise considering that Treyarch is apparently leading up the development again. Treyarch was in charge of Vanguard’s Ranked Play mode as well.

There are strings of code that say “skill rating,” “skill division,” and “on ladder,” all of which are terms we saw with Vanguard’s version. However, the lines of code call the mode League Play instead of Ranked Play. This is likely to distinguish the mode from Vanguard’s. There are also some terms in the files that relate to achievements, meaning players will presumably earn rewards for playing.

We likely won’t hear any official news on Modern Warfare 2’s League Play until after the game launches on Oct. 28. Currently, the rumor is still that the competitive mode will release with Season 1 on Nov. 16.