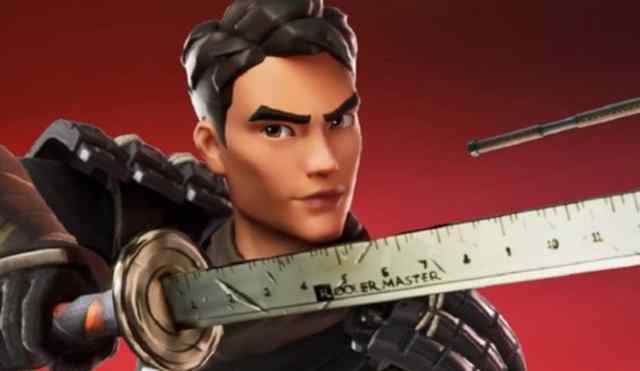 Fortnite Chapter 2 – Season 4 is seeing its first bundle come to the Item Shop. According to new leaks, the “Samurai Scrapper” bundle is set to hit the store in the next 24 hours. It still has not been released at the time of writing, but that doesn’t mean we don’t have all of the details. Thanks to the work of data-miners, we know exactly how much the bundle will cost and what it will contain. However, if the leaks are correct, Samurai Scrapper is unlike most other bundles we’ve seen in Fortnite.

From the looks of it, the new bundle will release alongside the v14.10 patch in Fortnite. Set to release either today or tomorrow, the update should be fairly hefty if the leaks are correct. Data-miner @HYPEX was one of the first to retrieve the official art for the Samurai Scrapper Bundle.

The Samurai Scrapper Pack will be available everywhere in the next 24 Hours! pic.twitter.com/sxQd70oEsM

While this bundle does seem to be for Save The World, it’s reported that the cosmetics will also be available to use in the battle royale mode. However, if you’ve never played Fortnite: Save The World, then this bundle is a great opportunity to dive in.

Along with STW, the Samurai Scrapper Bundle comes with the following cosmetic items usable in Fortnite:

All of this will be packaged for $14.99 whenever it releases. Save The World bundles are always a little rarer than your ordinary, run-of-the-mill cosmetics. So if you’re into owning the rarest items in Fortnite, this might be a good bundle of skins to pick up for a relatively cheap price.

Make sure to stay tuned to Daily Esports for all Fortnite news.