Nexus Blitz returns to League of Legends on May 27 with PROJECT: Bastion

Nexus Blitz returns to League of Legends on May 27 with PROJECT: Bastion 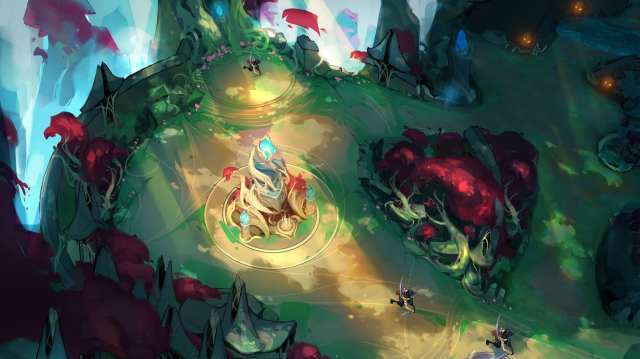 Provided by Riot Games The game mode returns to the rotation as players say goodbye to One for All.

Nexus Blitz returns to League of Legends alongside the next patch on May 27. The PROJECT storyline and universe return with PROJECT: Bastion, new skins and the limited-time game mode. Nexus Blitz will replace the previous limited-time mode One for All. The mode returned to the game in March but leaves with Patch 11.10.

The PROJECT storyline and event run from May 27 to June 28. The event pass, used to unlock event specific rewards and in-game items, will be available to purchase on the in-game client.

Nexus Blitz returns to League of Legends after a brief hiatus

The last time fans got a taste for the hectic Nexus Blitz game mode was back in December of 2020. Players could access the game through the holidays, from December to January of 2021. This will be the third time the event has appeared in the game, its first back in 2018.

Nexus Blitz is a game mode with a whole new map and events that create constant battles on the field of play. Jungle camps are scattered in the small playing field and there are cannons that transport champions to different locations in a flash. The events include minigames like Scuttle Racing and King of the Hill. Many force opposing teams to fight and gain advantages in a short amount of time. King of the Hill creates a point on the map where players must stand, and keep the enemy from standing on, to generate points for their team. The winning team of these minigames gain buffs that increase combat statistics or add gold to their pockets.

The game mode even forces teams to end that game in a timely fashion. After a certain time in-game, both team’s Nexuses (Nexi?) leave their base and attack the other.

The limited-time event and more will be available with Patch 11.11 and end on June 28.

Declan McLaughlin
Declan is an esports journalist and part-time editor for Upcomer. He is an avid gamer and League of Legends player. You can find him at the bottom of the leaderboard in most games or on Twitter.