Alecks: 'Our style of play is obviously a lot riskier than a lot of other teams. If it doesn't go well, it could look really bad.' 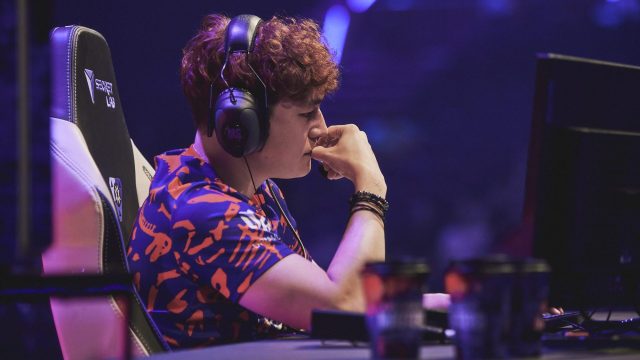 Nothing quite says Paper Rex like the team’s in-game leader Benedict “Benkai” Tan walking onto the biggest stage in VALORANT wearing a giant inflatable, dinosaur outfit. The team has made their name by prioritizing fun above all else. But don’t let that fool you. This quirky team from Southeast Asia could just be the best in the world.

Paper Rex made history on July 22 by becoming the first Asia Pacific team to make the grand final of a VALORANT Champions Tour international event. They toppled the reigning Masters champ, OpTic Gaming, in the best of three upper bracket finals. Even though the team has said throughout the event that they’ve already achieved their goals, they’ve just found their way to the highest forum of play with deceptive ease.

“Once we start to think about, ‘Oh we need to win this map’ or that kind of stuff, we start to lose,” Paper Rex’s Aaron “mindfreak” Leonhart said in the post-match press conference. “We’re just going to keep having fun. If we win, it’s a bonus. If we lost, then so be it.”

Knowing all this, it’s unsurprising that Paper Rex proved a fan favorite with the first ever crowd at an international VCT LAN. While the team was grateful for the support, it wasn’t factor in their play.

“Some of us already had experience playing in front of a crowd, so it was something we were accustomed to,” Benkai said. “We did a pretty good job of shutting out the crowd and just focusing on us having fun and playing the game.”

It wasn’t until their match against OpTic was over that the team started to register the crowd. At least, for everyone except Jing Jie “Jinggg” Wang. The team’s star duelist played from a practice room with a COVID-19 infection while his team did battle onstage.

“I’ve never played in front of a crowd, so I’m not sure what it’s like,” Jinggg said. “Maybe I might have performed better or worse, but we’ll see in the finals — if I recover in time.”

OpTic Gaming are the top team in the world over the past year, but they’re not unbeatable; they’re a team that continues to lose matches, iterate and improve. That said, there’s no better litmus test than beating NA’s best, and Paper Rex are absolutely in top form.

Somehow, the two teams managed to win each others’ map picks. Paper Rex took Haven and, against all odds, OpTic won on Bind, a map that Paper Rex is typically unbeatable on.

“We weren’t ready for the way that OpTic played their defensive game,” Paper Rex’s coach Alexandre “alecks” Sallé said about the second game on Bind. “We were starting to run out of ideas.”

OpTic became the first team to take a map from Paper Rex at Masters Copenhagen, and the best-of-three series went the distance. Map 3 was Fracture, where it was anyone’s game. Paper Rex began as they normally do — unmitigated aggression. OpTic somehow managed to stifle the pushes, which forced Paper Rex to adapt, baiting out reactions before committing to a site execute. It proved enough to close out the map and the series.

“Honestly this is the first time a team has managed to shut down our Fracture push so effectively,” alecks said. “So we had to come up with something on the fly. We’re very lucky it worked out, to be honest. Our style of play is obviously a lot riskier than a lot of other teams. If it doesn’t go well, it could look really bad.”

Paper Rex are sitting pretty watching OpTic, Fnatic and FunPlus Phoenix battle for the second spot in the grand final. OpTic are almost certainly the favorites to claim that spot; a rematch could be dangerous for Paper Rex, as the NA team has a well-known penchant for winning grudge matches.

“We all know that OpTic is famous for their revenge arc storyline kind of thing, right?” Benkai said. “I feel like our play style is pretty hard to counter. You can do all the prep work that you want but we always do something different.”

Still, if the team could have their choice, they’d have a rematch against Fnatic. Paper Rex beat the Europe, Middle East and Africa first seed 2-0 once already, but they’re keen for a rematch. The teams have a somewhat budding affection each other, largely facilitated by VALORANT’s number one showman, Fnatic’s Jake “Boaster” Howlett.

Whether it’s Fnatic or OpTic or even FPX, the grand final goes down on Sunday. There, Paper Rex will have another opportunity to make history if they can become the first team from APAC to win an international VCT LAN.