"My stupid decisions from the past caused me to miss out" 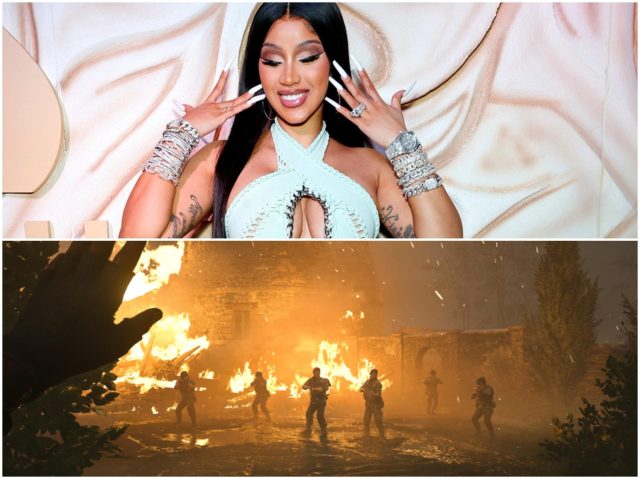 Provided by Whipshots, Vanguard Cardi B appeared in court over fights in a New York strip club

Rapper Cardi B apparently almost appeared in Call of Duty.

Earlier this week, Cardi B said “stupid decisions from the past” caused her to miss out on a “multi-million dollar” deal with Call of Duty. She had to turn down the deal, however, “because of court.” Cardi B added that people should think twice about making quick decisions and said she has learned her lesson.

Missing out on the chance to collaborate with Call of Duty has clearly been haunting the “W.A.P.” rapper’s nightmares.

My stupid decisions from the past caused me to miss out on money now. I had a multi-million dollar Call of Duty deal on the table that I couldn’t take because of court. Guys think twice about those quick decisions! Lesson learned.

So what was the Call of Duty deal? Apparently, Cardi B was going to become a character within the game. Unfortunately, she wasn’t able to make it to the shoot in time. This is something the franchise has done in the past, including:

Snoop Dogg has also appeared in Call of Duty earlier this year. The Snoop Dogg Operator Bundle came out for Call of Duty: Warzone and Vanguard, dropping him in as a playable operator.

Cardi B has been dealing with a criminal case over the past year revolving around some fights she had in strip clubs. Cardi B pleaded guilty to third degree assault and reckless endangerment stemming from fights she had in 2018. Ten other counts were dismissed. During the fight in New York City, Cardi B and her posse even threw chairs, bottles, and hookah pipes, resulting in the bartender getting minor injuries.

This drama unfortunately cost Cardi B the chance to be in Call of Duty.