Team Heretics knocked out of Challengers open qualifiers on Day 1

Team Heretics knocked out of Challengers open qualifiers on Day 1 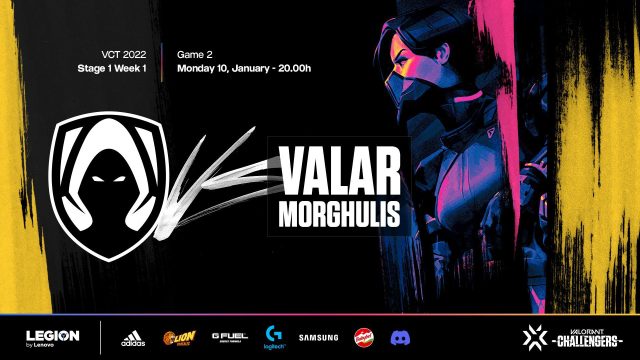 Provided by HereticsUpdates via Twitter Team Heretics lose to Valar Morghulis in the open qualifiers.

VALORANT Champions Tour Europe, Middle East and Africa kicked off in 2022 with a surprising upset victory. Team Heretics were defeated on Day 1 of the open qualifiers for Challengers 1 by Valar Morghulis (VMS). Heretics are out of the qualifiers and will have to wait for the second set of open qualifiers next week for a chance at making it into EMEA Challengers 1.

The upset came off the back of a 2-1 victory in the second best-of-three of the day for both teams. Both Heretics and VMS handedly defeated their first round opponents before facing up against one another. Bind went the way of VMS in a grueling overtime finish, 14-12. Icebox looked more characteristic of what VALORANT fans expect of Heretics, 13-6. The decider was Fracture, where the defensive side was a tough nut to crack for both teams. VMS ended up mounting a comeback and winning 13-9.

At certain points, the series felt like a one-on-one between Heretics’ Felix “al0rante” Brandl and VMS’ Vieillard “Killu” Giovanni. The two Duelists put up 299 and 245 average combat score respectively, with Killu having the only positive +/- on his team.

While VMS are no push-over — despite being unsigned to an organization — many fans and analysts still expected Heretics to prevail. The Spanish org has a pedigree within the VCT, having noteworthy finishes like a second at Europe Stage 1 Masters in 2021, where they lost out to Acend.

Team Heretics are not the only team working through the open qualifiers with a lot of eyes on them. Historically strong teams like Giants Gaming, Guild Esports, Supermassive Blaze and FunPlus Phoenix are all sporting updated rosters. SMB dominated their opponents on the Turkish side. They are huge favorites to make it to the closed qualifiers and even Challengers 1 through the Turkish region. FPX, who are competing in the Commonwealth of Independent States region, will also be strong contenders to win through the qualifiers.

Day 2 of the open qualifiers begins on Jan. 11 as co-streamers continue to broadcast matches in all three regions.