Travel restrictions due to the war in Ukraine, ardiis testing positive for COVID-19 and other issues meant a timely solution could not be reached 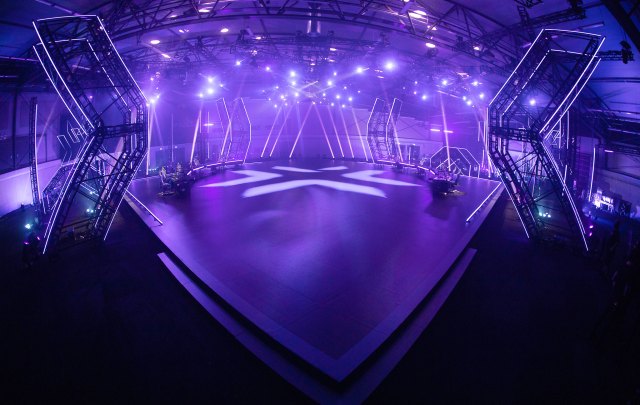 Photo by Colin Young-Wolff/Provided by Riot Games The stage for the VCT 2021: Stage 2 Masters in Reykjavík, Iceland. Team Liquid will be taking FPX's place for the 2022 edition.

FPX defeated G2 Esports in the EMEA Challengers finals 3-1, and Team Liquid finished fourth in the tournament, making them the next-best team after Fnatic and G2 to make up EMEA’s allocated three slots for Masters 1.

In a statement released by Riot, they cite “travel restrictions in Ukraine and Russia, as well as existing COVID-19 regulations, continue to create numerous challenges for international travel” as the reasons why this has happened.

The travel restrictions for Ukraine and Russia applies to several of FPX’s roster. Kirill “ANGE1” Karasiow is Ukrainian, while Dmitry “SUYGETSU” Ilyushin and Andrey “Shao” Kiprsky are Russian.

Riot has tried “extending the roster lock window, relaxing emergency substitute rules and liaising with the relevant government officials to secure visas and travel permission,s” with FPX mentioning the possibility of fielding their roster at Iceland with three substitute players.

However, a solution could not be reached due to FPX being unable to field a competitive roster. From their statement, Riot says “while we want to be as accommodating as possible, there is a need to ensure a minimum level of roster continuity out of fairness to all participants in the competition”.

FPX will still be awarded VCT points and a portion of the prize pool despite this.

The ongoing invasion by Russia into Ukraine continues to complicate the esports ecosystem in the region. Last week, the League of Legends Continental League announced that their spring season is canceled and the Valorant Regional League for the Commonwealth of Independent States has also been canceled.

Some of the players and staff from FPX have taken to social media to post their thoughts on the situation, as have other prominent members of the VALORANT community.

Thank you for support, it is what it is
We move further!

Today a lifelong dream got away from us.

I want to thank everyone for their support, and I want you to know that we did our absolute best. And that's why I will walk away from this situation with a smile.

See you all next season https://t.co/eZkQ7dQgkR

Some of the other members of the community have chimed in as well.

Really sad for the boys at FPX. To put in all that hard work for years/months just for it to be taken away because of something they can’t control. Now is not the time to flame or make memes because of some rivalry. Put yourself in their position and be respectful. https://t.co/YGSom1uEgd

This feels so wrong, every single one of the FPX players deserved this spot, i know the feeling of qualifying to an event so i can imagine how heartbreaking this is for them. With respect to FPX we will try our hardest represent EMEA right. We had a long talk and we are – https://t.co/uQkkNgIBWz

I lowkey think FPX would have won Masters as well.

I get it, it's the right decision, but it still really sucks 🙁 https://t.co/H37CFiaCCD