The best FARA 83 loadout in Call of Duty: Warzone Season 3

The best FARA 83 loadout in Call of Duty: Warzone Season 3

This Galil look-a-like is popping heads in Warzone 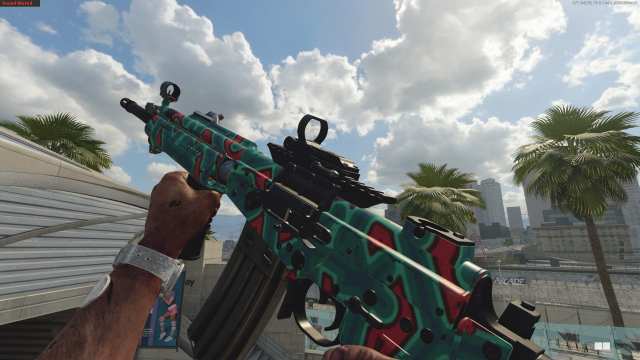 Provided by Activision The gun model for the FARA-83 in Black Ops Cold War.

In the battle for the top spot in the Call of Duty: Warzone Season 3 meta, the FARA 83 makes a solid case. The Black Ops Cold War assault rifle is one of the most steady weapons in the game. It possesses solid stats across the board and competes with other rifles similar to it, like the CR-56 AMAX.

While the AMAX is receiving all of the attention, and will be nerfed soon, the FARA waits in the shadows. When the AMAX is nerfed, the weapon to overcome it very well could be the FARA. Players should have a top loadout created if they don’t already.

The FARA is one of the only weapons currently vying for meta dominance that wasn’t touched in the Season 3 weapon tuning update. Players are desperately trying to find replacements for the FFAR and AUG, and the FARA 83 is right in the mix.

As previously mentioned, it features great stats that make designing a loadout a breeze. There’s the freedom to use whatever attachments improve the gun the most. Players need not worry about boosting one specific area.

The recommended loadout consists mostly of standard attachments. The GRU Suppressor is a must on all Black Ops Cold War weapons and the Microflex LED is a successful close to medium-range optic. As for the barrel, the 18.7″ Spetsnaz RPK is boosts damage, range and bullet velocity but doesn’t increase recoil.

To solve that issue, the Spetsnaz Grip is in place in the underbarrel slot. Finally, the Serpent Wrap gives the FARA a boost to its ADS time, making snapping onto enemies while not sprinting much easier.