The best Lienna 57 loadout in Call of Duty: Warzone Season 5

The best Lienna 57 loadout in Call of Duty: Warzone Season 5 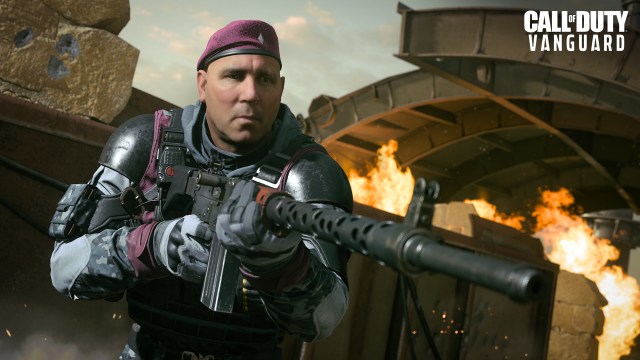 The Lienna 57 is the newest light machine gun in Call of Duty: Warzone and Vanguard Season 5 Reloaded. This is the third post-launch LMG that’s been added during this cycle of seasons, joining the Whitley and UGM-8. Unlike those LMGs, though, the Lienna 57 is more compact and can be thought of as more of a hybrid weapon.

To unlock the Lienna 57, players must complete an in-game challenge in either Warzone or Vanguard. Players can also wait for a store bundle with a Lienna 57 blueprint to release, but that’s not currently available. Once players unlock the Lienna 57, they can begin equipping its best set of attachments in Warzone.

To see the full loadout for the Lienna 57 in Warzone Season 5 Reloaded, keep reading below.

Given the fact that the Lienna 57 is already quite mobile for an LMG, we’ve chosen attachments that improve other stats. Most notably, accuracy and damage will be largely increased with this loadout, giving players the option to engage with enemies at longer ranges. However, the Lienna 57 can also hold its own at medium range as well.

The loadout begins with the MX Silencer to keep players off of the radar when firing and increase recoil control. The Frei 432mm Shrouded Barrel, Wenger NH Adjustable, M1941 Hand Stop, and Hardscope all boost recoil control as well. The Polymer Grip boosts recoil control too, but also adds some flinch resistance to make the Lienna 57 even deadlier at medium-long range.

For the magazine, we’ve opted for the .30 Russian Short 72 Round Drums to give players a much-needed damage boost. While the magazine carries a steep dropoff in recoil control, the other attachments more than makeup for that. Finally, Lengthened boosts bullet velocity and the 1931 Variable 4-8x scope allows players to get a great view of enemies at long range.