The best Pelington 703 loadout in Call of Duty: Warzone Season 3

The best Pelington 703 loadout in Call of Duty: Warzone Season 3 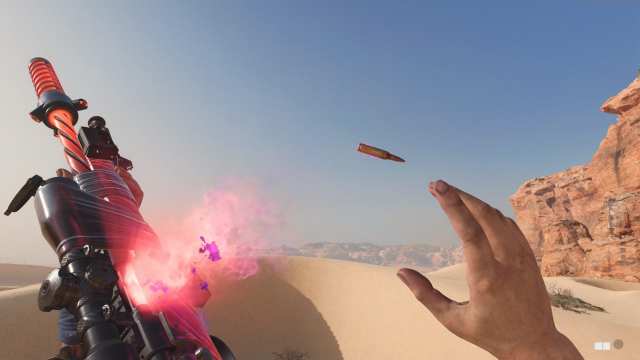 Provided by Activision The gun model of the Pelington 703 in Black Ops Cold War.

The sniper rifle “best in class” in Call of Duty: Warzone has always been the toughest to discern and the Pelington 703 isn’t one of them. Previously, the weapon was only useful if a player was solely focusing on quickscoping; its long-range prowess left much to be desired. That all changed recently, however, when Raven Software buffed the Pelington’s stats and several sniper attachments, making it a viable choice for Season 3.

While the Pelington won’t make headlines as the new top dog in the sniper category, it’s now an intriguing option for players looking for a new weapon to try out.

The major buff to the Pelington in Season 3 was that its ADS speed and raise time were slightly increased. This allows the Pelington to be more mobile than it was before. Raven Software also buffed several attachments for snipers only, including the Combat Recon barrel.

Though this wasn’t a sole buff to the Pelington, the Combat Recon barrel now makes it more of a threat at long-range. That, paired with other attachments, makes its recommended loadout a joy to use.

The name of the game with this Pelington loadout is speed and mobility. To complement this style, the Bruiser Grip is in place, which increases movement speed when using the sniper. Also in use are the Fast Loader, to reload quicker, and the Serpent Wrap, to ADS much faster.

As previously stated, the 27.2″ Combat Recon barrel is equipped. This increases bullet velocity and ADS idle sway, making it perfect for medium to long-range engagements. Finally, the Wrapped Suppressor reduces recoil and idle sway, as well as keeping players silent on the map.

This Pelington loadout won’t match the overall power of the Kar98k or LW3 Tundra but it’s truly enjoyable to use in Warzone.