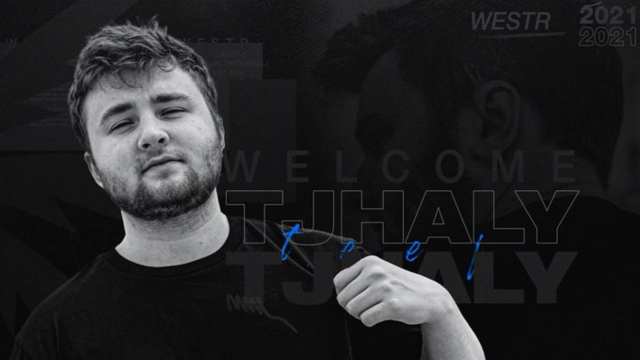 TJHaLy has been on LA Thieves since the roster was formed around previous members from OpTic Gaming LA. However, TJHaLy was benched from the starting roster when the team acquired Cuyler “Huke” Garland last month.

with #WestR🌴 being back, the roster moves weren't too far behind.

➡️ join us in welcoming @TJHaLy to the roster in place of @Slacked.

In the time since Huke joined the roster, the LA Thieves have made countless roster changes. The most recent change was bringing Huke and Austin “SlasheR” Liddicoat back to the roster to replace their rookies. TJHaLy kept his spot throughout Stage 4, which included the major. The Stage 4 Major was a letdown for the LA Thieves and TJHaLy, who both performed poorly. Now that the major has concluded, WestR has decided to pick up the player most known for his time on OpTic Gaming in 2019.

WestR continues to be successful in Challengers

WestR has consistently been one of the top-performing teams in the Challengers scene. They have several top-four finishes and have accumulated over $14,000 in prize money. They also have become known as a team that constantly has new players. Like the LA Thieves, WestR has been a revolving door for new players.

With a new team, TJHaLy will be looking to prove himself in Call of Duty. After the Stage 4 Major TJHaLy tweeted out that he desperately needed a change of scenery. He had been with the same group of players, including SlasheR and Kenny “Kenny” Williams, since Modern Warfare on OpTic Gaming. After two years of playing with the same players, he is finally breaking away from the organization to explore new horizons.

On top of TJHaLy’s recent desire to leave the team, he also made a statement on Twitter that regretted his decision to leave Seth “Scump” Abner. The two teamed together for over a year on OpTic Gaming back in Black Ops 4 which was TJHaLy’s most successful season.