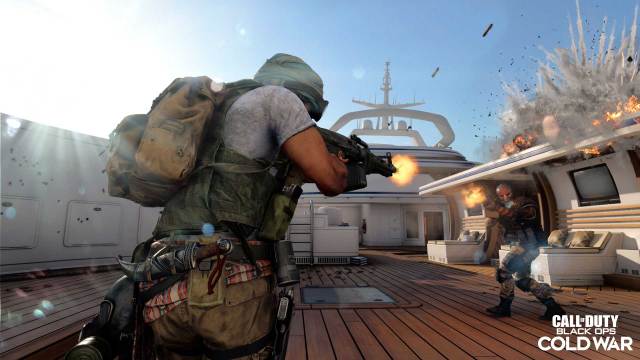 The brand new season of Call of Duty: Black Ops Cold War and Warzone is on the horizon and that means fresh content for players to unlock. As always, the season is arriving with a revamped Battle Pass that features 100 tiers of cosmetic items and new weapons. One of those coveted weapons is the MG 82 light machine gun for BOCW and Warzone.

Like with any new weapon, players are immediately going to want to unlock and use the MG 82. It’s a full-auto LMG that features the highest fire rate in class, so it could be a powerhouse weapon. However, there are a couple of prerequisites to meet before players can find out for themselves.

Unlocking the MG 82 in Black Ops Cold War and Warzone

Since Black Ops Cold War and Warzone share a Battle Pass and leveling system, the process to unlock all of the new weapons is the same in both titles. Players can either play the Warzone battle royale, BOCW multiplayer or even Zombies to unlock their seasonal weapons and cosmetics on the pass.

In regards to the MG 82 specifically, it’s featured as a free item on the Battle Pass in Season 4. Players need to reach level 15 of the pass in order to unlock the new light machine gun. This can be done with strict playtime or by purchasing tiers with COD Points. Of course, COD Points require real money to purchase. To buy all 15 tiers, players will have to spend around $15.

Throughout Season 4, the only way to unlock the MG 82 will be through the Battle Pass. Unlike other weapons, the MG 82 cannot be purchased through a store bundle or unlocked by completing a challenge. This ensures that players either spend the time or money to earn it through the pass.

No matter whether fans play BOCW or Warzone, they will earn Battle Pass XP, so unlocking the MG 82 in Season 4 should be a breeze.