Where to place Spy Probes for Fortnite Week 9 challenge

Where to place Spy Probes for Fortnite Week 9 challenge

Epic Games still wants someone spied on in Fortnite 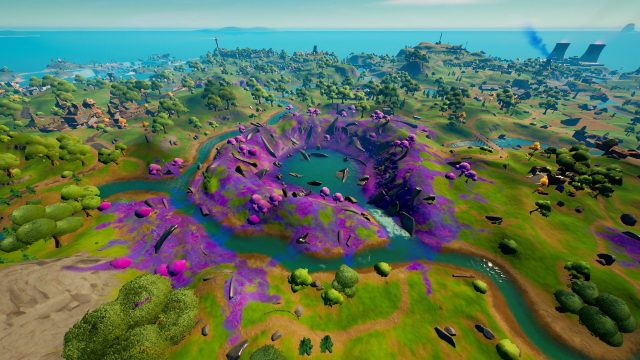 Provided by Epic Games The Fortnite map in Season 7.

The Week 9 Epic and Legendary Quests have been leaked for Fortnite Chapter 2 – Season 7. After Epic Games released the weekly Tuesday patch, data-miners went into the game files and dug out the challenge lists for the week. For players that have already looked, one that may have caught their eye is placing Spy Probes around the map.

For reasons not yet confirmed, Epic Games wants players spying on someone in Season 7. This could be for Doctor Slone’s investigation into the IO or for the aliens themselves. Whatever the reason, players need to spy on someone by placing three probes around the map. The question is, where can players find these probes in Fortnite?

In Retail Row, the Spy Probes are already in their set locations. However, they have a blue outline and require the player to come along and place the real thing. This can simply be done by holding the interact button near the probes.

Below, players can see the locations of all three probes in Retail Row.

The three Spy Probes shouldn’t take players too long to find. They’re easily seen if players go to where the red circles are on the map above. Something to note, though, is that the probe south of Retail Row is located further down than the red circle indicates. Players must descend down the hill a little more in order to find the Spy Probe.

Once all three probes are placed, this Legendary Quest will be complete. Players are awarded 30,000 XP for their Season 7 Battle Pass.