Will there be a Season 6 in Warzone and Vanguard?

Will there be a Season 6 in Warzone and Vanguard?

Fans might be disappointed to learn the truth behind Season 6 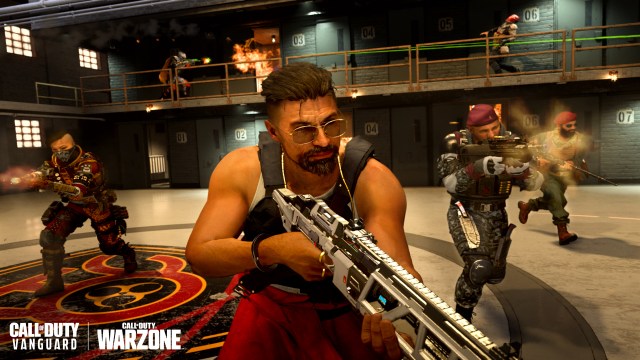 Yesterday, Season 5 Reloaded of Call of Duty: Warzone and Vanguard arrived on all systems.

While some players might not want to get back on these games after playing Modern Warfare 2, they’re still the current titles for the next month or so. Season 5 Reloaded introduced a wide variety of content for players to unlock, including two new Operators and weapons along with updates to Warzone and a new map in Vanguard.

Though this content is fulfilling for the time being, players have been asking if there are any plans for another content update in the future. In other words, will there be a Season 6 for Warzone and Vanguard?

For the past two years in Call of Duty, there have been six seasons of content. Both Modern Warfare and Black Ops Cold War saw a full six seasons before the community transitioned to the new title in the series. So, with this precedent, many fans in the community were also expecting a Season 6 for this year. However, fans might want to hold off on that expectation.

Season 6 of Warzone and Vanguard

Unfortunately for fans of the current Warzone and Vanguard, Season 5 Reloaded will be the last major content update for the games. Activision confirmed this when it announced Season 5, stating that Modern Warfare 2 would be released in place of a Season 6 update. Essentially, Activision wants to ensure that as many fans as possible play the new game and don’t stay on the older games.

So, as it stands, the content that’s currently available in Warzone and Vanguard will likely be the last pieces of content added to the games. The only aspect of the games that will change is players’ season levels will be reset and new Prestige icons will be released. This ensures that any fan who remains on these games will at least have something to earn while the rest of the player base has transitioned to Modern Warfare 2 and — eventually — Warzone 2.