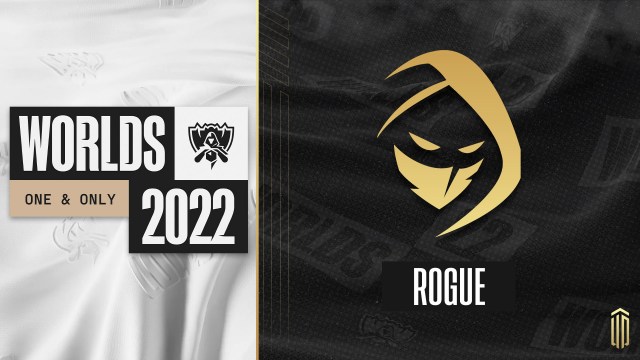 With Worlds 2022 about to begin, the League of Legends European Championship’s Rogue are one of the 24 teams from across the world that are making their way to the biggest event of the year. Every team entering the League of Legends World Championship have the same goal; to stand at the top, uncontested, and hoist the Season 12 Summoner’s Cup high.

Rogue are back at Worlds after winning the LEC summer finals for the first time. As Europe’s first seed, expectations are even higher now and Rogue will set their sights on advancing from the group stage first.

Congratulations to @Rogue on qualifying for the 2022 World Championship! pic.twitter.com/hSXwMgiC2F

How they got here

After losing to their star bot laner and jungler to NA at the end of 2021, Rogue decided to take a risk by signing Comp and Malrang. The risk paid off for Rogue as they finished first in the regular season with a 14-4 record. Rogue went into the LEC spring playoffs as one of the favorites to win and things started off well.

They defeated both Misfits and Rogue and qualified for the finals for the second time in a row. However, just like in spring 2021, Rogue failed to conquer their demons and finished with a 3-0 loss to G2.

The summer split was a bit different for Rogue as they struggled to find form in the beginning; and only managed to sneak a win from MAD in the first week. Rogue’s inconsistency became a problem throughout the split; but they still managed to finish in third place with a strong ending against Vitality. Rogue went into the summer playoffs with many doubting if they could finally translate their consistent regular splits to an LEC trophy.

The team didn’t have the best of starts but progressed to the upper bracket semi finals with a 3-2 win against MAD Lions. They faced a tougher test in the semi finals and a 3-0 loss to G2 sent them to the losers bracket. Rogue rediscovered their form in the losers bracket and took down an inform Fnatic to get their rematch against G2.

While G2 remained favorites for the LEC finals, many were confident that Rogue could pose a greater challenge than they did in their previous match. Rogue set the tempo for the LEC finals with the first win of the series and did not give G2 any hope of a comeback. While G2 had a much better early game in Game 3, Rogue quickly took control and closed out the game to win their first LEC trophy.

Rogue are a team where all five players actually stand out and it is hard to single out one without mentioning another. Their team work helped them win the LEC finals and there is no doubt they’ll stick to it. Nonetheless, Malrang and Trymbi are players to keep a closer eye on. While Comp finished the LEC finals as the penta king unkilled hero, it would not have been possible without his support, Trymbi.

Trymbi provides the much needed agency for Comp to shine, and is a master on the Soraka and other enchanter supports to boot. Meanwhile Malrang is great at keeping Rogue proactive on the map and enabling bot and mid lane when needed.

How Rogue can succeed at Worlds 2022

Unlike last year, Rogue do find themselves in the “group of death,” but they still face very tough competition against GAM and Top Esports.  To succeed, Rogue have to ensure they dictate the play in all games they play at Worlds 2022. They must avoid the mistake of being the team reacting to plays; Rogue does better when they have Malrang facilitating his laners with his Jarvan pick. Additionally, they also have to protect Comp and ensure Larssen get the champions he is most comfortable on.

Rashidat Jimoh
Jimoh Rashidat is a freelance esports writer with over two years of experience. She covers FIFA, League of Legends and general gaming content.